Get Your Swimming Memory Fix With eBay’s Hidden Gems 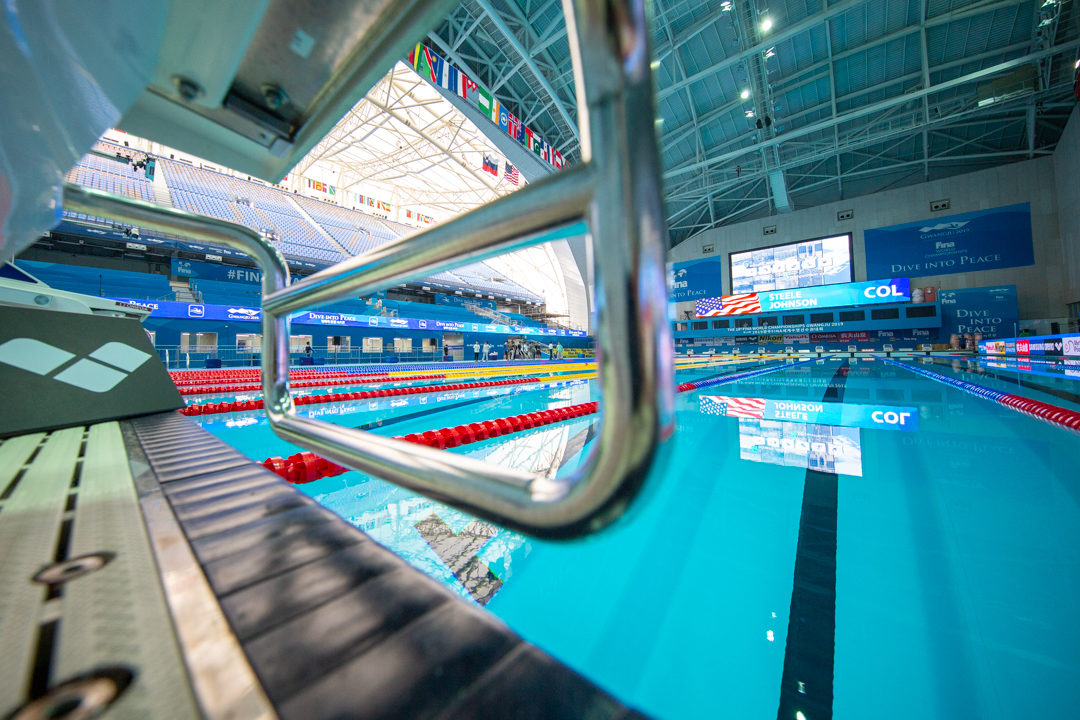 If you have some downtime before your season starts gearing up, why not start a swimming memory collection? We'll help you get started with these ideas. Stock photo via “Rafael/Domeyko Photography”

eBay is a veritable trove of unique items both old and new being sold from as close as your next-door neighbor to as far away as the other side of the world.

With such a vast universe of random memorabilia, consumer goods and pre-loved trinkets looking for a new home, it’s no surprise that one of the largest e-commerce sites even has its share of swimming-specific hidden gems available for sale.

Below are just 5 unique listings on eBay, each with a particular connection to the world of aquatics. Check them out and see if any of them speak to your inner-swimmer.

We’ve all done it, whether we admit it or not, but that doesn’t mean we can’t still tease our teammates about it. Why not take your friendly torment to the next level by giving your lane mate this silly patch? It’s a great reminder that the pool is for swimming.

Ronald Reagan, President of the United States from 1981-1989, served as both a lifeguard and coach in his early years and received an athletic scholarship for both swimming and football. Attending Eureka College, Reagan never lost a swimming race his freshman year and he even took on the role of college swim coach while competing until his graduation in 1932. He was inducted into the International Swimming Hall of Fame in 1988.

Re-live some of this Presidential swimming past with a photo of Reagan in a different kind of suit. The available image is one of Reagan poised to dive in, circa 1930.

Summer swimming is the stepping stone for many aspiring athletes who go on to do great things in our sport. Even if a swimmer doesn’t move on in their careers past playing around at their neighborhood pool, the memories made at summer swim are priceless and thought of often as the time passes.

Why not keep a little of that swimming spark alive with special swim club memorabilia, such as this vintage ticket book? This particular piece of history is from Salina Municipal Swimming Pool in Salina, Kansas. Although the date of the book isn’t specified, each ticket was valued at just 10 cents to give us an idea of how far back it may go.

Retired Olympian Inge de Bruijn is a Dutch swimming legend, having amassed 8 medals across 2 Games appearances in 2000 and 2004. In Sydney, de Bruijn claimed Olympic gold in the trifecta of the 50m free, 100m free and 100m fly and repeated as 50m free Olympic champion in 2004. In Athens, she also collected silver in the 100m free and bronze in the 100m fly to add her to her relay medals.

De Bruijn is the 2nd most decorated Dutch Olympian of all time and her image was presented on mailing stamps in her heyday as a way to commemorate her aquatic feats. Framing the stamps with this icon’s image would be a special addition to any swimming memorabilia collection.

Just because records from the supersuited era have been going down left and right in recent years, it doesn’t mean these full-body garments are fully eradicated from the face of the Earth. Get your hands on one of these head-to-toe beauties and party like it’s the 2009 World Championships.

The question is: in the photo above what was Mr. President Jr. diving into?

Please remember to check all political opinions at the door, before entering the premises. Thank you for your cooperation!

“Politics” includes how societies are ordered and structured, the ways in which people are included or excluded, power relations between individuals and groups, and attempts by those who are largely inaudible to make their voices heard; there is no realm outside the political.

Typo above:
In Sydney, de Bruijn claimed Olympic gold in the trifecta of the 50m free, 100m free and 100m fly and repeated as 50m free Olympic champion in 2014.