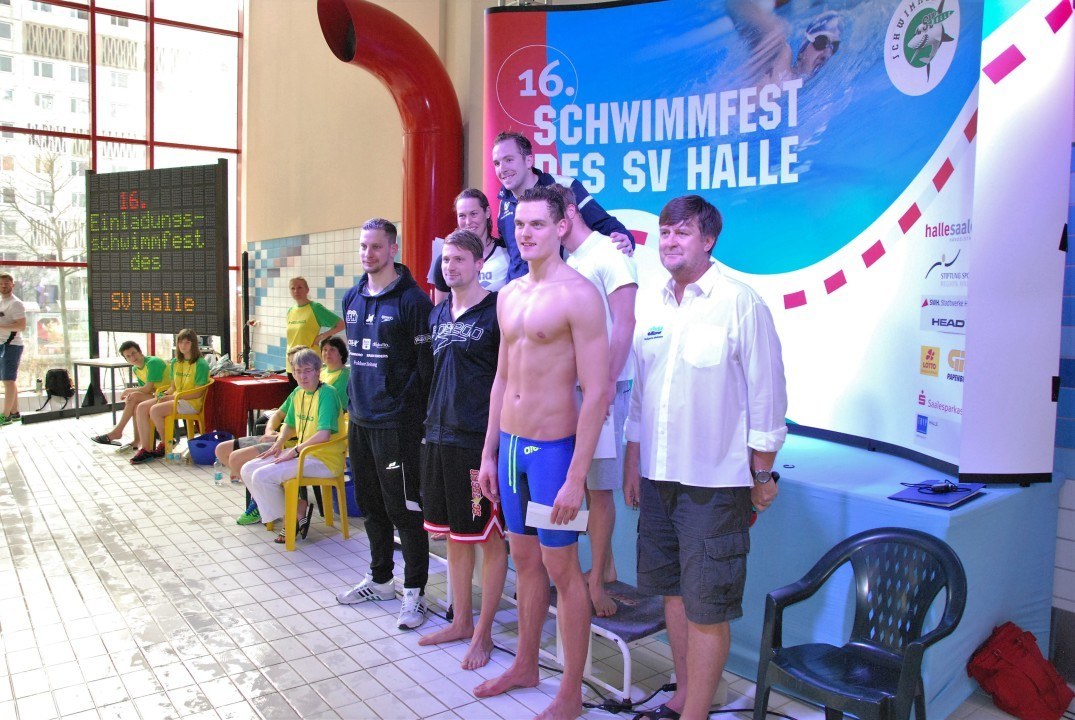 The German publication Mitteldeutsche Zeitung reported today that the German Swimming Federation (DSV) hasn’t renewed the contract with one of... Current photo via Daniela Kapser

The German publication Mitteldeutsche Zeitung reported today that the German Swimming Federation (DSV) hasn’t renewed the contract with one of Germany’s most successful coaches, Frank Embacher.

Embacher’s 4-year contract expired on December 31st, 2016. Because of new elections of the DSV committee, all coaches employed by the DSV were uncertain about the extension of their contracts until end of December.

Embacher was the head coach of the German swim Club SV Halle/Saale for 23 years and also led the federal German training base in Halle.

Frank Embacher confirmed to the German publication “Mitteldeutsche Zeitung”  that he has legal assistance and has filed suit against his former employer, DSV.

According to the “Mitteldeutsche Zeitung”, the newly-elected president of the DSV, Gabi Dörries, responded on a request: “The DSV will not respond on the on-going legal process.” Also Embacher’s chief, Germany’s head coach Henning Lambertz, wasn’t available for a statement.

Coaching is a tough gig anywhere. Sparky Anderson, after being fired by the Detroit Tigers shrugged and said “after a while they just get tired of looking at you”.