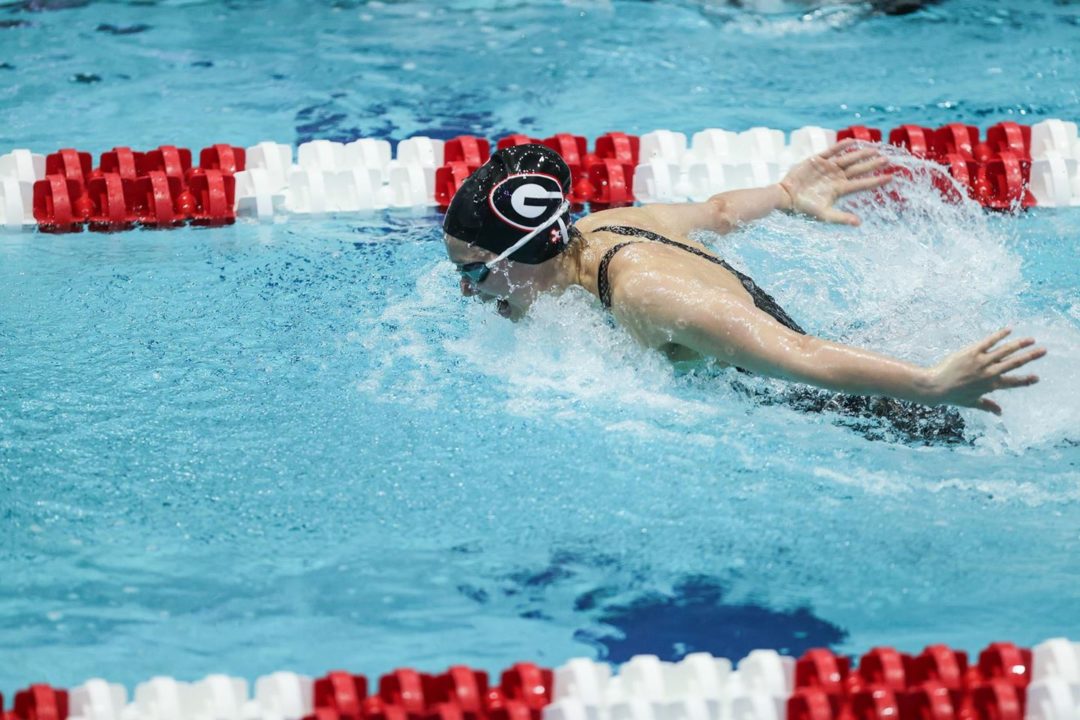 Dickinson has been involved in a variety of community service activities during her time at Georgia. Archive photo via Chamberlain Smith

The scholarship has been presented by the Southeastern Conference since 1986 to the league’s top male and female scholar-athletes.

The Virginia Beach native has volunteered with the Athens Boys & Girls Club, providing support and encouragement to children in grades two through four in academic and physical activities, as well as Project Safe, a volunteer group that distributes clothing and books to vulnerable members of the community. This past fall, she began volunteering with the Crisis Text Hotline, working alongside social workers, therapists, and psychiatrists to assist individuals using the hotline to discuss relationship and family issues, abuse, and self-harm. Earlier in her Bulldog career, Dickinson was a member of MEDLIFE (Medicine, Education, & Development for Low Income Families Everywhere) at UGA, volunteering with the Athens Area Food Bank and Homeless Shelter.

In addition to her community work, Dickinson joined her teammates in participating in the Swim Across America Atlanta 5K in 2018 and 2019, raising funds to benefit Children Healthcare of Atlanta’s cancer research initiative. She also served as a coach at the 2019 Jack Bauerle Bulldog Swimming Camp, providing coaching and skill instruction for children ages 8 through 18, particularly with building endurance and strength.

Dickinson was this season’s recipient of the Ramsey Scholarship for Academic & Athletic Excellence, following the B.W. “Bump” Gabrielsen Swimming Scholarship in her sophomore season. In 2020, she was named to the CSCAA All-America team for the 200 butterfly, qualifying for the NCAA Championships in the event. This season, she has earned B-cuts in the 100 butterfly, 200 butterfly, 200 IM, and 400 IM, earning three dual wins in Georgia’s victory over Florida on Oct. 30.

Dickinson is a two-time member of the CSCAA Scholar All-America First Team. She has also been named to the SEC Academic Honor Roll each season, as well as the J. Reid Parker Director of Athletics Honor Roll each semester of her career, earning multiple placements on the Dean’s List and a spot on the Spring 2020 Presidential Scholars List (4.0 GPA). Following her freshman season, she was the recipient of the Beth Cuddeback Hardest Worker Award at the postseason team banquet.

Dickinson and her Georgia teammates open up the 2021 SEC Women’s Swimming & Diving Championships tonight at 5 p.m. at Gabrielsen Natatorium in Athens and at the Mizzou Aquatic Center in Columbia, Missouri.