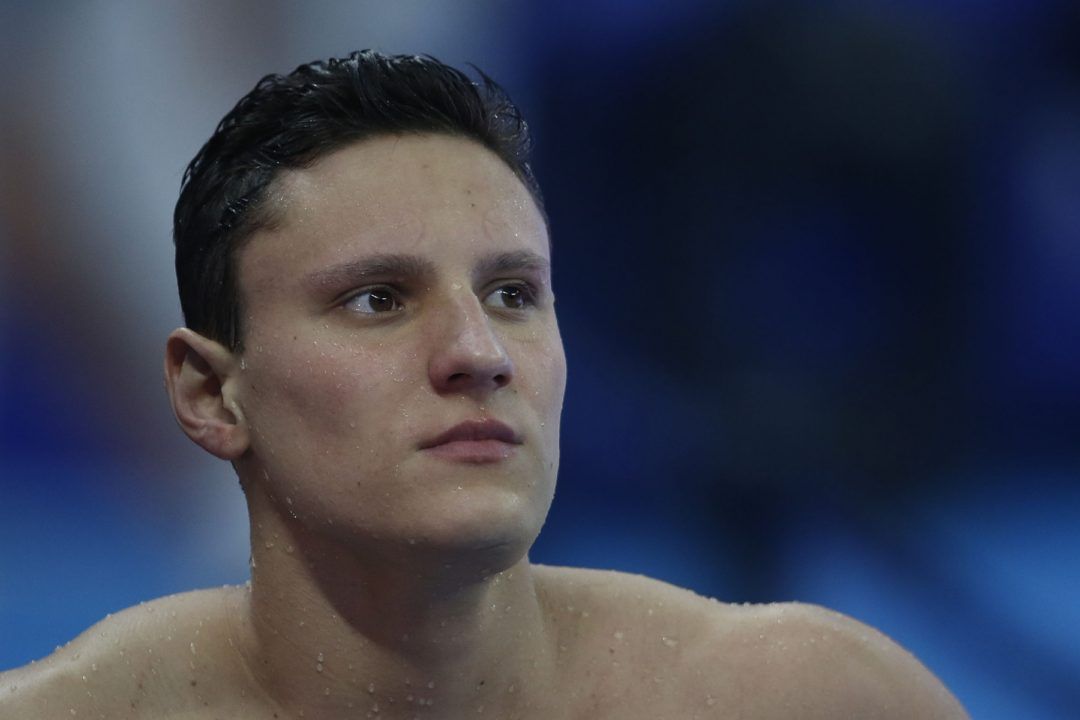 The Brazilian-born Pumputis is the 2nd Georgia Tech swimmer to win an ACC title in the 200 breaststroke in their 40 years in the conferencec. Archive photo via Satiro Sodre/SS Press

Georgia Tech sophomore Caio Pumputis won the men’s 200 breaststroke title on Saturday at the ACC Championships in 1:51.46. That breaks the Georgia Tech and ACC Conference Record of 1:52.38 set at the Georgia Tech Invite mid-season; as well as the Meet Record of 1:52.39 set by Virginia Tech’s Brandon Fiala at the 2017 ACC Championship meet. That’s also the top time in the country this season, surpassing Cal senior Andrew Seliskar (who will have his conference championship meet next week).

Pumutis jumps to 15th in the all-time rankings in the event. This is his 3rd Georgia Tech school record at the meet. This is also only the 2nd time that the Yellow Jackets have won an ACC title in this event since joining the conference in 1979. The other was in 2012, when Anton Lagerqvist won in 1:57.01.