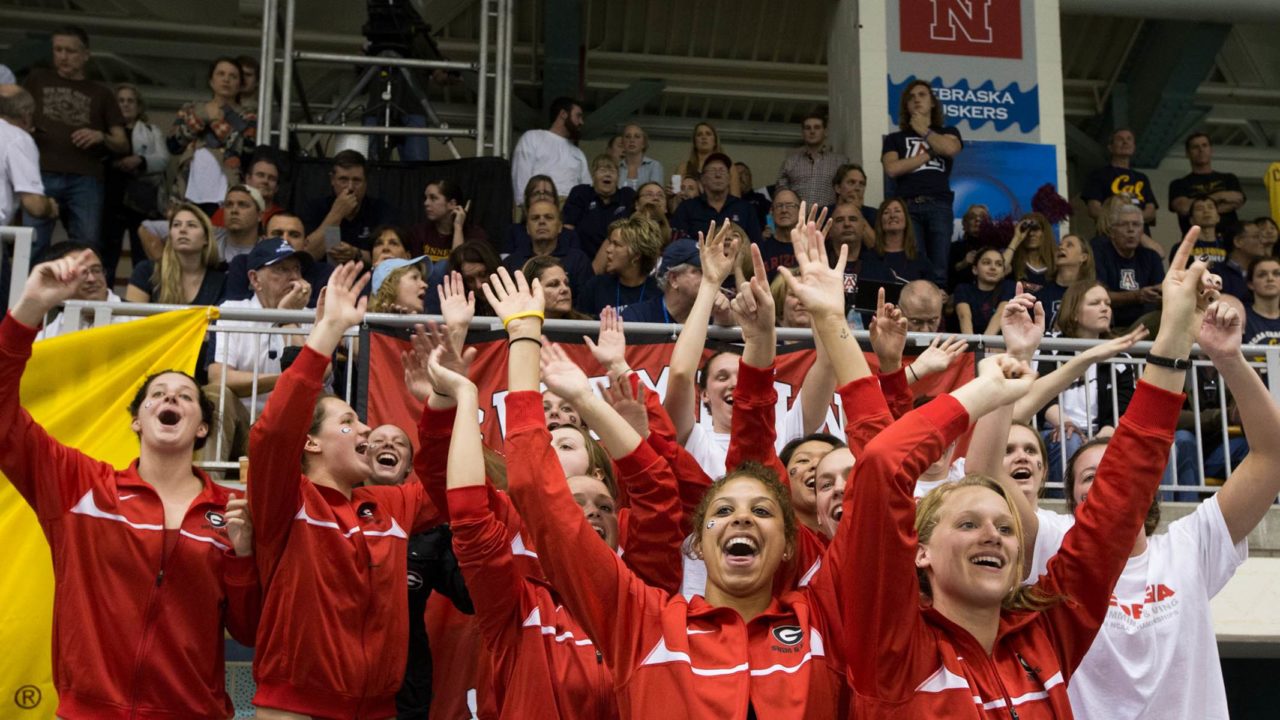 The Georgia women not only had the most points at the 2014 NCAA Championships, they also had the most athletes competing on their way to a GPA of 3.5 or above for the spring semester. Archive photo via Tim Binning/TheSwimPictures.com

The College Swimming Coaches Association (CSCAA) has unveiled their CSCAA Individual Scholar All-America Award lists, and it will come as a pleasant correlation that the two of the top three teams,* Georgia and Cal, at the 2014 Women’s Division I NCAA Championship meet were also the top two teams in terms of first team honors.

Editor’s note: the Stanford women didn’t have any swimmers on either list, and the CSCAA confirmed that they received a submission from the men’s program but not the women’s. The Stanford women were 2nd at NCAA’s.

The primary honor is given to all swimmers who have achieved a 3.5 or higher for the academic term and also qualified for and competed at their respective NCAA Championship meet (NAIA/NJCAA/CCCAA where relevant).

The CSCAA also gives an Honorable Mention award for those athletes with the same 3.5 GPA and who earned a “B” time standard for their national championship meet, or in the case of divers qualified for zones.

The Georgia and Cal women flew clear of the rest of the country in these honors, with Georgia totaling 11 of the primary honor and Cal totaling 10. Georgia had 16 women selected for NCAA’s, meaning that all but 5 of their roster had a 3.5 GPA in the spring semester. Cal did the same with 10 out of 16.

Below, see how many Scholar All-America swimmers and divers each team had, and below that the list of both the honorees and the honorable mentions.

3.5 GPA and competed at NCAA Championships

D3 swmr – we’re going to post each Division in its own article, so Emory will be coming later this morning.

Stanford with zero? And I’m certain Tennessee should have women if they have men.