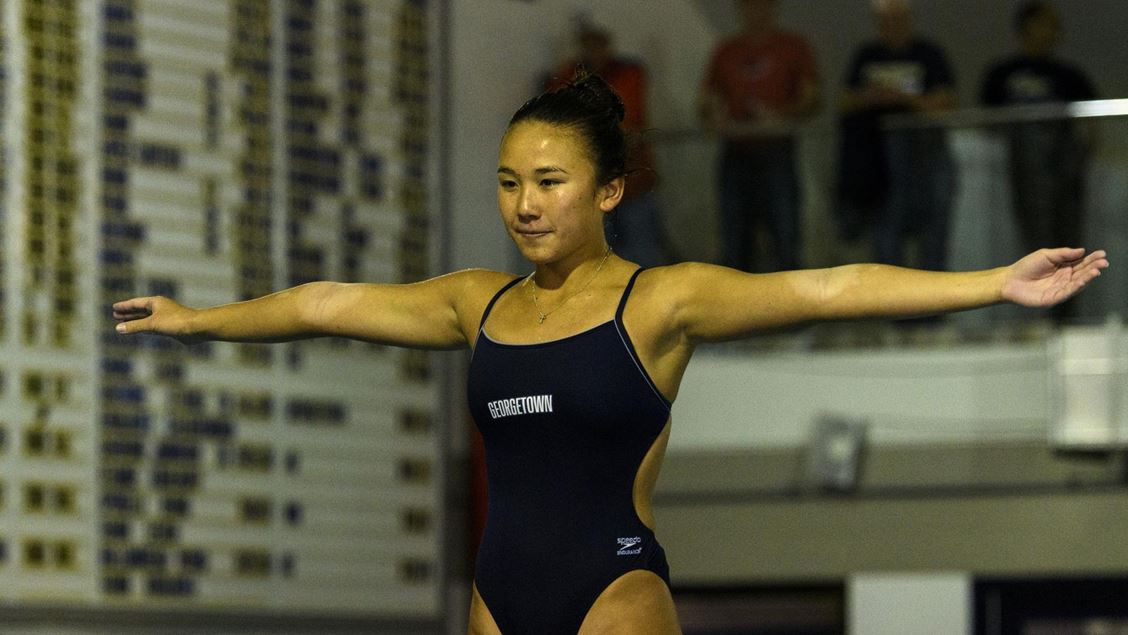 WASHINGTON – The Georgetown University swimming & diving team won 22 of 26 events, cruising to a sweep of American University on Friday evening at American’s Reeves Aquatic Center. The GU men won 139-42, while the women’s squad claimed a 125-63 victory.

COMING UP NEXT
The Hoyas will stay on the road for a dual meet at Davidson on Saturday, Oct. 26. Racing will start at noon.

WASHINGTON – The final home meet of the season came early for the American University’s men’s and women’s swimming and diving teams, and the Eagles celebrated their six seniors for Senior Day before facing Georgetown. Ultimately, the Hoyas got the best of AU in point-scoring on both the men’s and women’s side.

AU will have a couple weeks off before heading to nearby Howard for a 6 p.m. meet on Friday, Nov. 1.