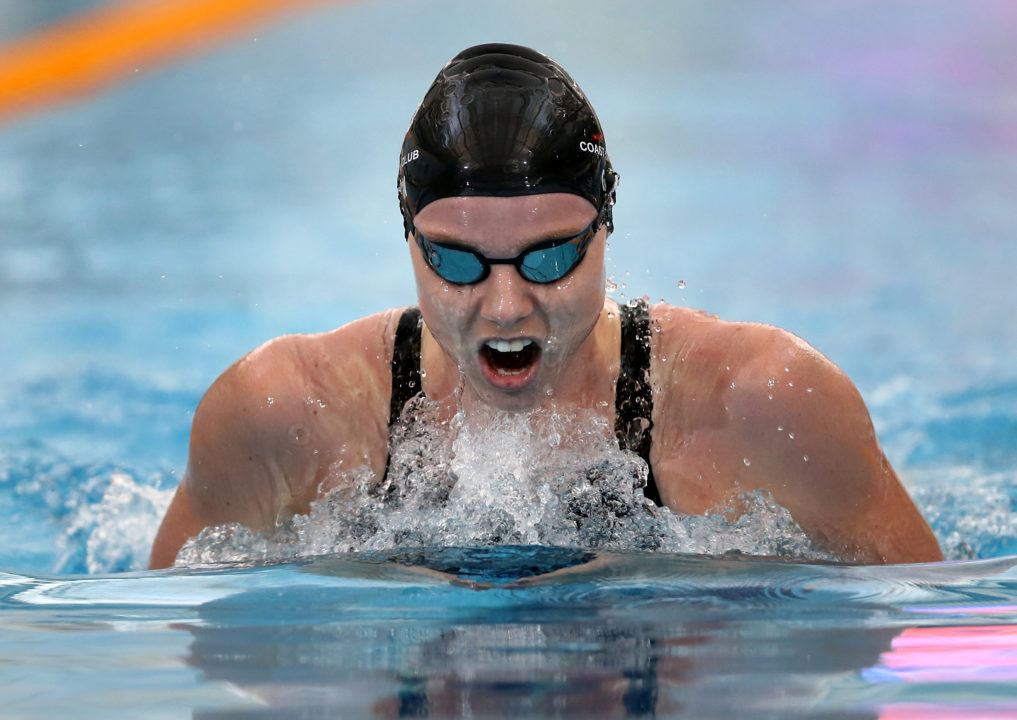 Helena Gasson notched her 4th victory of the 2017 New Zealand Open Championships with a win in the women's 400m IM tonight in Auckland. Current photo via David Rowland/www.bwmedia.co.nz

As opposed to the first 3 days of this year’s New Zealand Championships, day 4 rendered zero World Championships qualifying marks, although several swimmers came within striking distance. Helena Gasson, who already nabbed Budapest qualification times in the 50m butterfly and 200m IM, turned out another victory tonight, taking the 400m IM. 4:46.66 is what the Coast Club swimmer was able to throw down, but it wasn’t enough to capture the FINA A cut of 4:43.06. Gasson also won the 100m butterfly earlier in the meet, so the 22-year-old’s 400m IM victory tonight represented her 4th national title of the meet.

Bradlee Ashby also scored another win, taking the men’s 200m butterfly tonight in a time of 2:00.19. Splitting 57.35/1:02.84, Ashby led start to finish, able to hold off runner-up Shaun Burnett who touched less than a second behind in 2:00.98. A much swifter 1:57.28 is the mark Ashby would have need to add this fly event to his 200m IM qualifying mark achieved yesterday.

Teen Gabrielle Fa’amausili came painstakingly close to notching her 2nd qualification mark for Budapest, earning a winning time of 28.60 in the women’s 50m backstroke. She won the 50m freestyle yesterday to qualify, but today’s effort fell just .08 short of the 28.52 FINA A cut for the 50m back event.