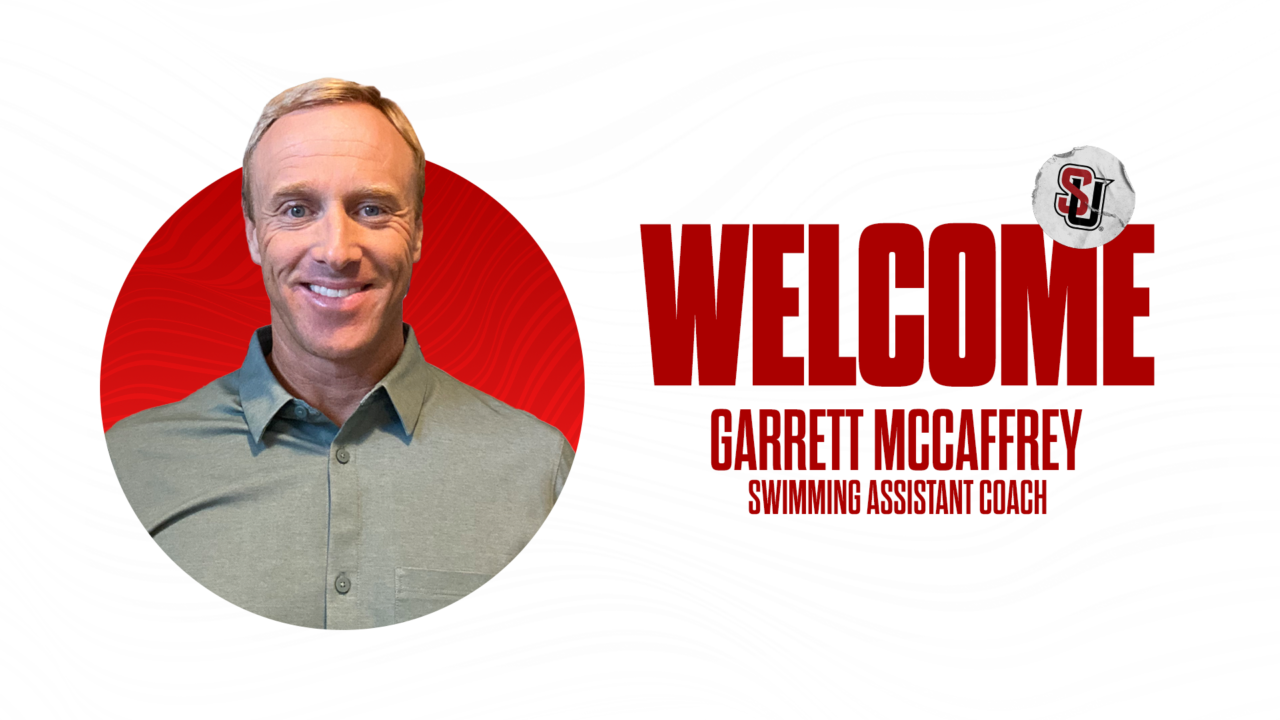 McCaffrey joins the Redhawks after an impressive tenure with the renowned Phoenix Swim Club that spanned 10 years. Current photo via Seattle Athletics

The former head coach at Illinois State, Cameron comes to the Academy after spending two seasons with the Des Moines Swim Federation.

“I am really excited to have Garrett joining us here at Seattle University,” Nisgor said. “His wealth of experience and knowledge will benefit every aspect of our program, myself and the team members. He and I have spoken about his coming back to Seattle for a long time and it really is great to have him returning home. We have already been talking about ways to help our team improve both in and out of the pool and his perspective and goals are exactly why he is a great fit for Seattle U Swimming. I am really looking forward to what I believe this team can do with Garrett’s addition and can’t wait for the season start.”

“I feel like I’m coming home to Seattle U,” said McCaffrey. “I grew up in the Seattle area swimming summer league, club, high school, and even college. This is an awesome opportunity and I’m thrilled to join Coach Nisgor on staff, learn from him, and help bring the best opportunities to the student athletes. That’s what I look forward to most, working with these young men and women as they navigate their school and sport on the way to a successful transition into life after both.”

McCaffrey joins the Redhawks after an impressive tenure with the renowned Phoenix Swim Club, that spanned 10 years. He joined PSC in June 2011 as an assistant coach working with Senior and Age Group swimmers before being promoted in May 2013 to lead the organization as head coach.

During his term, McCaffrey oversaw a club that earned several USA Swimming accolades, including Silver Medal status in 2016, and won numerous state and sectional championships. As a result, McCaffrey served two stints as a member on the coaching staff with the U.S. Swimming National Team, where he worked with Olympic gold medalists Breeja Larson and Darian Townsend.

A native of Federal Way, Wash., McCaffrey swam collegiately for the University of Missouri after beginning his career at the University of Washington. He graduated from Mizzou in 2007 with a bachelor’s in broadcast journalism.

After graduation, McCaffrey remained competitive in the water competing in the U.S. Swimming Masters, where he been garnered a quartet of All-American honors, having been recognized twice as an individual and twice more in relays.

Prior to joining PSC, McCaffrey parlayed his passion for the sport and education into a career as a swim journalist, working for FloSwimming and SwimmingWorld as a web producer from 2007-11. In March 2011, he and four others launched SwimSwam.com, which has since become the world’s most popular swimming website. Over the years, McCaffrey has provided a number of videos and continues to remain active as he occasionally contributes as a host for the publication’s podcast.

Congratulations GMC – this is an awesome addition to the Seattle U staff!

CONGRATULATIONS Garrett!!! You’ll do great up there!