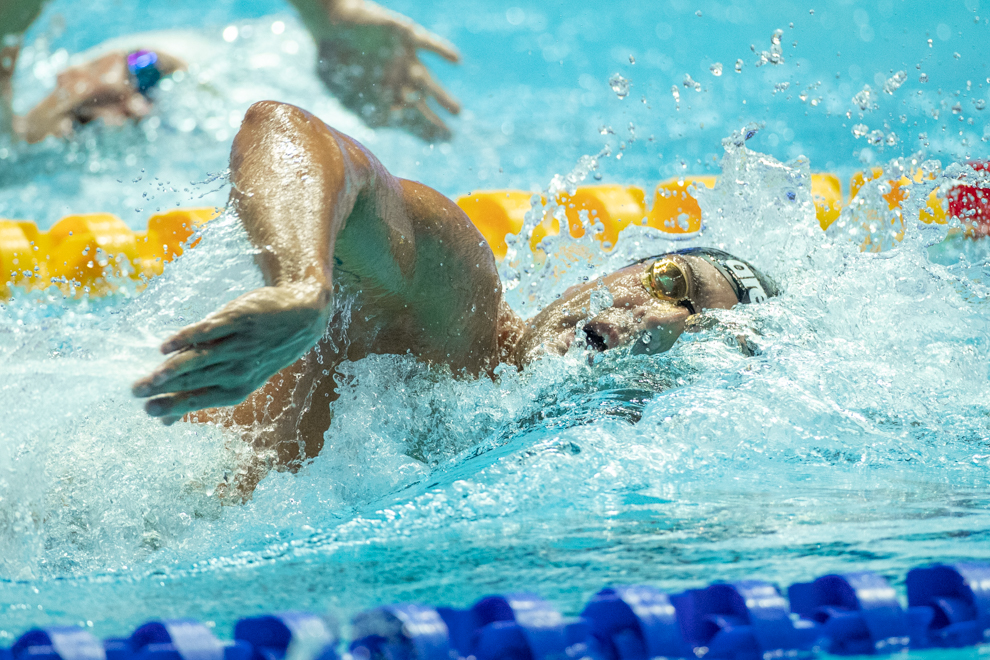 Gabriele Detti swam his first racing since the World Championships this weekend in an effort to validate his training ahead of the European Championships. Archive photo via “Rafael/Domeyko Photography”

On the closing weekend of Italy’s qualification period for the 2019 European Short Course Swimming Championships, which will be held from December 4th-8th in Glasgow, the primary meet for swimmers looking for last-minute cuts was the Trofeo Mussi Lombardi Femiano in Massarosa.

The biggest news, though, might not have been the handful of new qualifiers, but rather the return to competition of 25-year old Gabriele Detti, a 2017 World Champion and 2016 double Olympic bronze medalist.

He swam that same 400 free this weekend as his only race, where in short course he swam 3:40.47, out-touching Marco De Tullio in 3:41.38. That was short of the qualifying time, but Detti was already qualified for the team.

Detti’s best time is 3:36.63 in short course meters, which he did in April of this year.

The other qualifier to come out of the meet was in the men’s 200 free. There, Mattia Zuin swam a 1:44.25 in the 200 free, which matches the qualifying standard of 1:44.2. That should ’round down’ and qualify Zuin as the 4th man under the qualifying standard in the 200 free. Each country can enter up to 4 swimmers per individual event at the European Short Course Championships, though there are no 800 (or 400, for that matter) free relays.