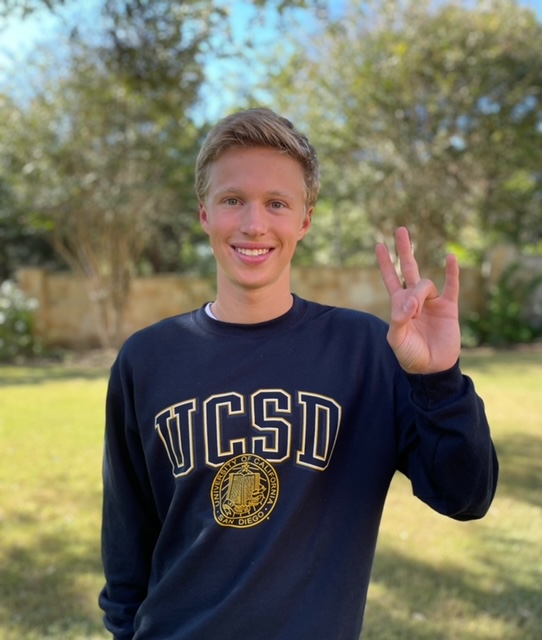 A versatile swimmer who can make an impact in multiple events, Shane Burns has announced that he will head heading to California in 2022, committing to swim at the University of California – San Diego (UCSD). Burns is currently in the midst of his senior year at Westlake High School in Austin, Texas.

I’m extremely excited to announce my verbal commitment to continue my academic and swimming career at the University of California, San Diego!! I’d like to thank my family, coaches and teammates for helping me though this process! Go Tritons! 🔱🔱

The UCSD Tritons are one of the newest additions to Division I athletics, having begun the transition during the 2020 school year. The school, like many in California, didn’t compete during the 2020-21 school year due to Covie-19. Back in the spring of 2020, the men’s team took fourth at the Mountain Pacific Sports Federation Championships, falling to Hawaii, Brigham Young, and UC-Santa Barabara.

While UCSD didn’t race at a conference championship last season, the team has been off to a strong start this year. The team competed at the Dixie State Invitational earlier in November, taking on conference opponents UC-Santa Barbara and BYU. Burns would have been a big addition in to the team in his primary events, with his 400 IM being fastest enough to have led the team. He would have scored in the A-final of both IM’s and 200 back, as well as the B-final of the 200 fly and 500 free.

At the 2020 MPSF Swimming and Diving Championships, Burns would have qualified for the A-final of the 200 back and would have been in the B-final of most of his other primary events.