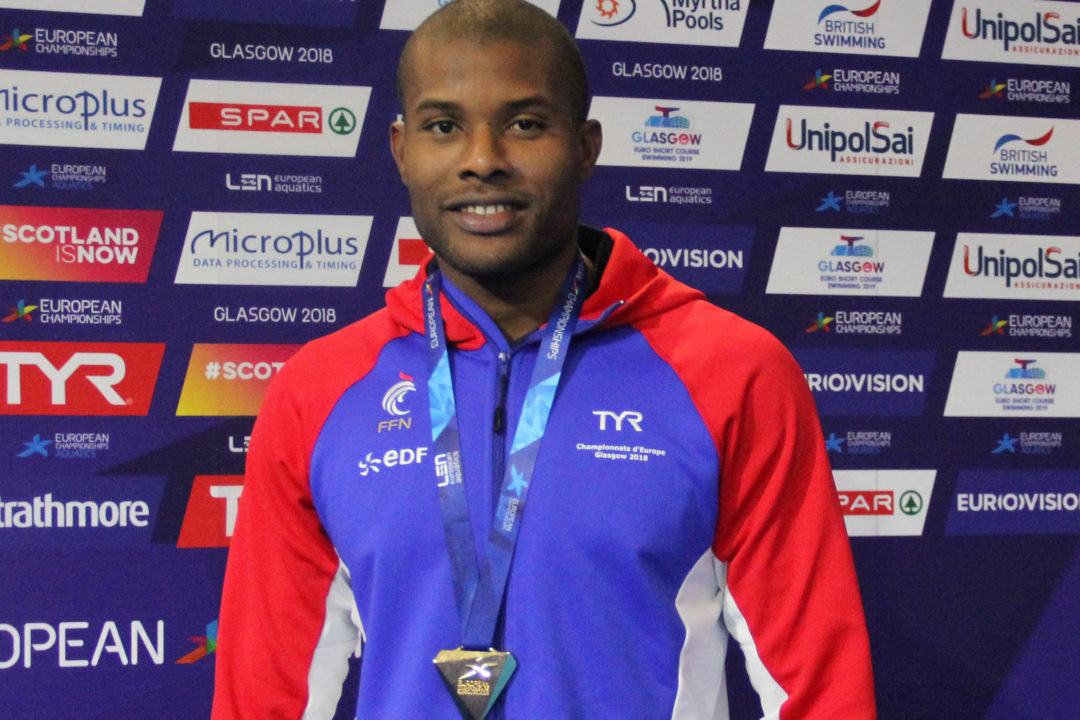 French national record holder Mehdy Metella says he is undergoing surgery and will have to bypass the 2020 Olympic Games. Archive photo via Giusy Cisale

French swimmer Mehdy Metella announced today via Instagram that he will no longer be able to pursue his 2020 Olympic Games dream. The 27-year-old revealed that he will be undergoing shoulder surgery, something he says could not be avoided despite doing everything he could to prevent it.

“For several weeks now we have everything in place to be ready for the beginning of the year, we have followed all the protocols given by the doctors and, unfortunately, it was not enough. I will have to undergo shoulder surgery,” reads the butterfly specialist’s IG post.

He continues, “It is a huge disappointment for me to announce that I will not be able to participate in the next Tokyo Olympic Games. As you can imagine, I am extremely disappointed and sad to miss this event, but I promise to come back stronger in 2021.”

Metella then thanks everyone for their ongoing support.

The Cayenne, France native was a 2016 Olympian, winning silver as a member of his nation’s 4x100m freestyle relay. His 48.08 lead-off split combined with teammates Fabien Gilot, Florent Manaudou, and Jeremy Stravius to stand on the podium in Rio only behind the United States.

The sprinter broke the French national record in the long course 100m butterfly in April of this year, setting the new mark at 50.85. That rendered Metella as the 15th fastest performer all-time entering the Olympic year.

Wow! This is a huge blow to France and Metella himself. He was on course for a big meet.

Long time to wait though…