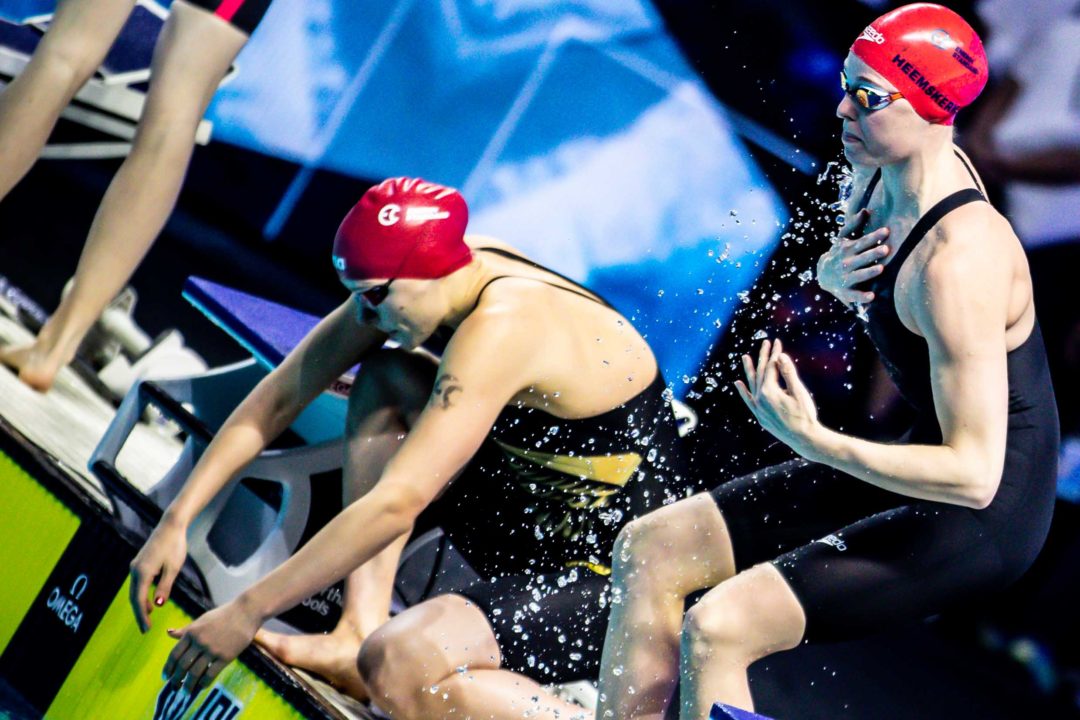 Good news for ISL Team Energy Standard as dynamic squad member Femke Heemskerk will soon be on her way to Budapest this week. Archive photo via Giusy Cisale

In a blow to the Energy Standard squad prior to the kickoff of season 2 of the International Swimming League (ISL), we reported how 33-year-old Femke Heemskerk of the Netherlands had tested positive for coronavirus before departing for Budapest.

At the time, Heemskerk said she was not experiencing any symptoms and had been “so careful” so the positive test was a “shock.” As such, the freestyle ace had to sit out the first match of season 2, with ISL rules requiring Heemskerk to be held in quarantine for 14 days before joining her team in the bubble.

Heemskerk has confirmed today, October 19th to SwimSwam that she has tested negative and has plans to fly out to Budapest to join her Energy Standard teammates on Wednesday, October 21st.

Energy Standard’s next match is slated for November 1st and 2nd, which means Heemskerk will have some time to get acclimated to the training and logistical environment within the ISL bubble. That first match for Heemskerk will pitch Energy Standard against the Aqua Centurions, NY Breakers and Toronto Titans.

The final results from Energy Standard’s first match rendered them in 2nd place behind Cali Condors.

Last season, Heemskerk ranked 19th in the league in the “MVP scoring” category and 5th among Energy Standard swimmers. She also ranked 19th according to the league’s new “aggregated rating” system.

I don’t quite get the time line and how come she can fly out to join ES so quickly. How is the 14 days of quarantine work with ISL swimmers? Does the rules mean if tested negative twice (with 48 hours between test) then quarantine due to previous positive result is ignored?

Maybe the positive test wasn’t announced for a few days. The 21st is 10 days since it was announced on Instagram.