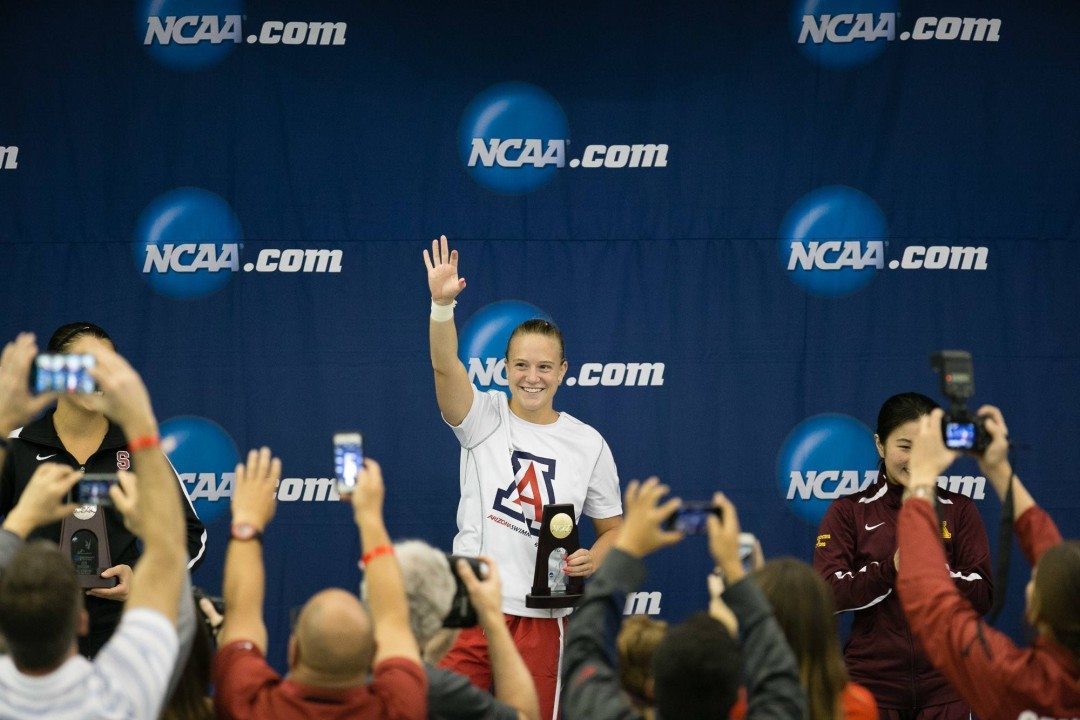 Freeman scored 285.90 points to tie Colombia’s Diana Pineda for first in semifinal A. On a windy day in San Juan, Freeman led or tied for the lead for the entire semifinal. She opened the contest with 61.50 points on a back 2 ½ pike and followed up with 63 points on her reverse 2 ½ pike in the second round. Pineda caught up with her after round four, but Freeman never relinquished the top score.

“I’ve dove in wind before, but this was a little windier than I’ve dove in before. I was just trying to practice my mental toughness and improve my mental game in that regard. If I can dive in this, I can dive in anything,” Freeman said. “I was just trying to stay relaxed and do what I know I how to do because I know once I get to the end of the board and I’m ready to go, I’ll be fine.”

Pickens finished with 277.20 points to place second behind China’s Wu Chunting (298.80) in semifinal B. Pickens was in fifth place after three of five rounds but moved up in the standings after scoring 61.50 points on her reverse 2 ½ pike in round four and 64.50 points on her front 2 ½ with one twist in the last round to move her into second place and a spot in the finals.

“It was really, really windy out there, but everyone was dealing with it so I guess it was just who could deal with it the best. It was a little rough at the beginning. I feel like there are a few more things to touch up on for the finals, but I’m really glad I made it in there,” Pickens said.

Pickens and Freeman advanced to the semifinals after placing third and fourth in the morning preliminaries. The top 12 divers from the preliminaries advance to one of two semifinals. The top three from each semifinal qualify for the finals.