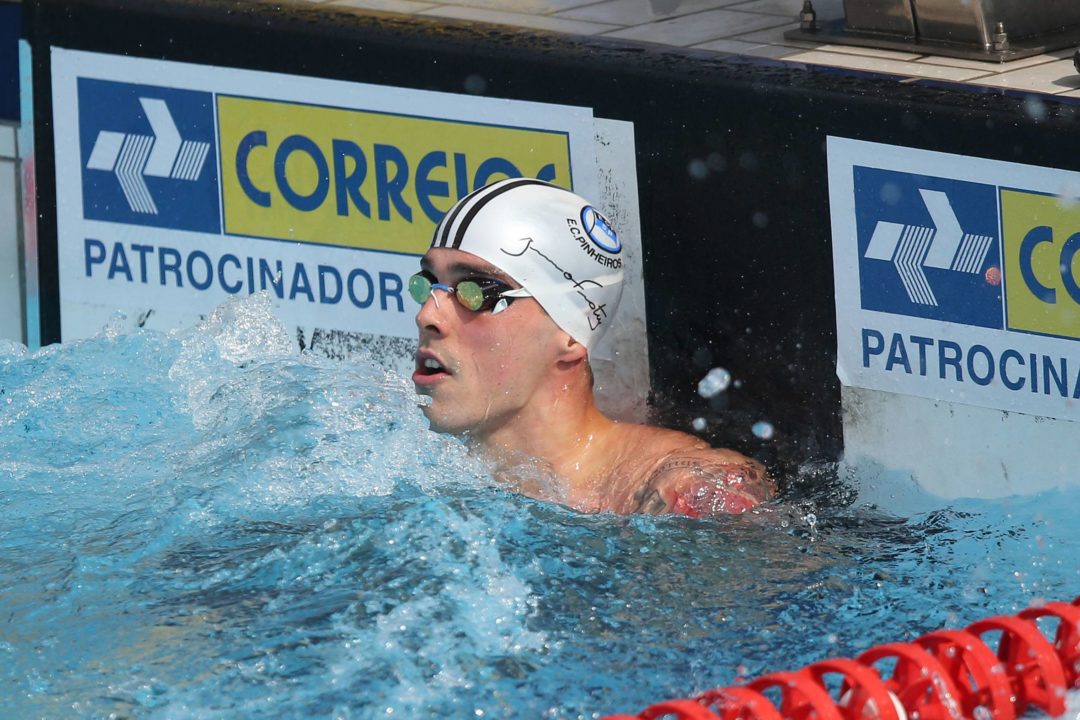 The big show, and the race that brought the attention to the 2014 Richard Quick Invitational, was on Saturday night... Archive photo via Satiro Sodre/SS Press

The big show, and the race that brought the attention to the 2014 Richard Quick Invitational, was on Saturday night in Auburn, Alabama. The two 50 free finals brought out the biggest stars, to the pool that for the last decade-or-so has been the center of the 50 free universe, if there ever was one.

Alabama-based German swimmer BJ Hornikel was 4th in 23.13, and the highest-placing American was another Crimson Tide swimmer: 19-year old Alex Gray out of Birmingham. For Gray, that’s a lifetime best by eight-tenths of a second.

The Auburn-Alabama swimming rivalry had waned in the last few years, as it’s been rather one-sided, but with Alabama’s men’s program starting to turn out a great level of sprint talent of its own, things are going to heat back up in the coming seasons.

The times in the men’s final didn’t blow anybody away, but for this kind of a casual, local meet, the results were solid, especially for Fratus.

The women’s final was moderately more cosmopolitan, but only in the sense that there was a swimmer in the top 8 based outside of the state of Alabama. In fact, the winner is from Swim Atlanta: Olympic medalist Amanda Weir. She swam a 26.18, which just out-swam Auburn’s Allyx Purcell (26.23) for victory.

As compared to Fratus’ swim, Weir’s wasn’t quite as good, but it was still good racing for the veteran.

Third-place finisher Bailey Scott is another example of Alabama’s work in the sprint events. The sophomore-to-be swam a 26.48, which is the second-best time of her career. After going no best times for two years, she’s been the three fastest swims of her career, and dropped a second-and-a-half, in this long course 50 since the NCAA season ended.

We definitely noticed it – McKee’s 100 breast was actually the headline of our Day 1 coverage: