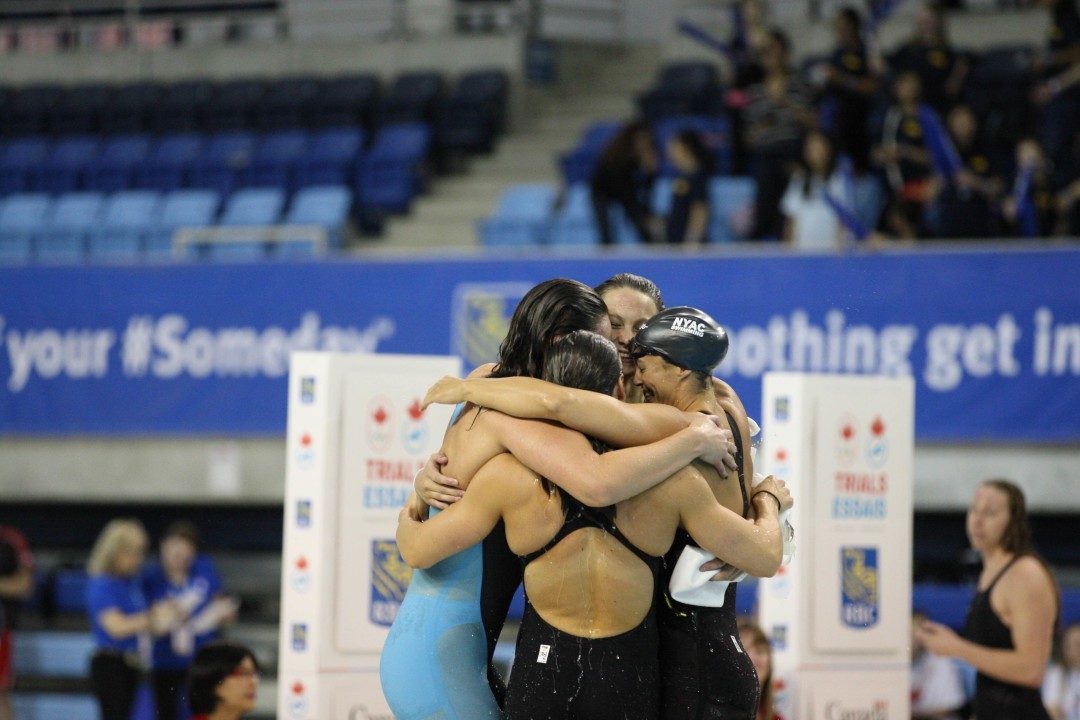 Penny Oleksiak has emerged as one of the best young talents in the world this week after several top performances, but one performance that arguably tops them all is her 100m freestyle. Current photo via Chris Tanouye/www.christanouye.com

Penny Oleksiak has emerged as one of the best young talents in the world this week after several top performances, but one performance that arguably tops them all is her 100m freestyle.

The time makes her the 15th best 100m freestyle performer of all time.

While Oleksiak’s swim stole the show, three of her teammates also qualified for the 2016 Rio Olympic Games in the same race. Chantal Van Landeghem grabbed an individual Olympic swim after finishing second to Oleksiak.

#3 KIERRA SMITH AND MARTHA MCCABE BOTH QUALIFY FOR RIO

Kierra Smith added a second event to her Olympic schedule after winning the 200m breaststroke. Smith already won the 100m breaststroke earlier in the meet, however the 200 is arguably her best event.

Smith won the race in 2:23.91 to take down Martha McCabe. McCabe finished second in 2:25.13, punching in her ticket to head to her second Olympic Games.