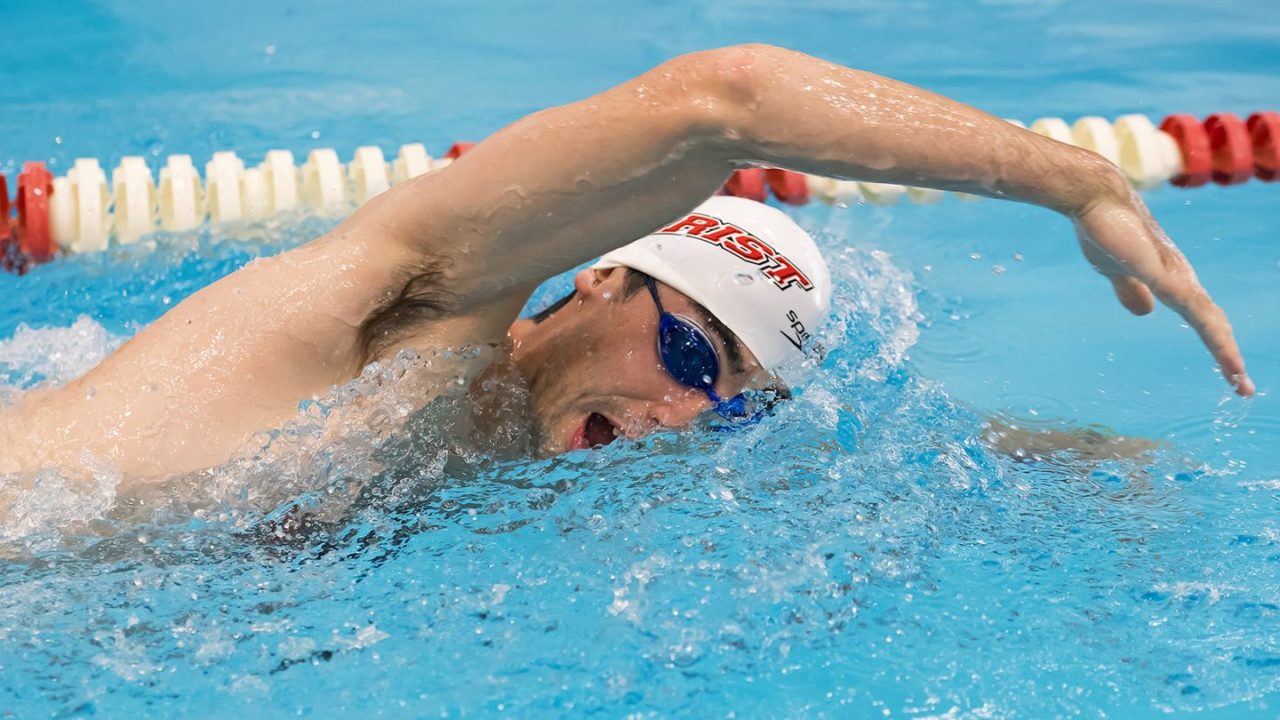 The Fordham women improved to 2-0 on the year with a 156-85 win over Marist, while the Red Fox men defeated the Rams 144-95 on Thursday. Current photo via Marist Athletics

Mason Manta Rays’ Kiara Anchrum has committed to swim for DI Xavier beginning in the fall of 2021. She will be joining the Musketeers’ class of 2025.

Distance freestyle swimmer Joshua Brown has committed to swim for Villanova University beginning in the fall of 2021. He’ll join the Wildcats’ class of 2025.

Poughkeepsie, N.Y. – After sweeping its opening home meet last Friday, the Fordham swimming & diving teams started their first road weekend on Thursday night at Marist.  The Fordham women improved to 2-0 on the year with a 156-85 win over the Red Foxes, with the Fordham men falling to 1-1 with a 144-95 loss to Marist.

In the relays, the 400 medley relay team of Watson, Vaula Vekkeli, Bullock, and Theresa Mullen finished first in 3:59.12, while the 400 freestyle relay of Martin, Kiara Norris, Samantha McDonald, and Culver had the top time at 3:35.72.

In relay action, the Fordham’s 400 medley relay team of Spencer Clarke, Patrick Wilson, Casey Sawyer, and Stegen was second in 3:30.53, while the 400 freestyle relay squad of Nicholas Chao, Bryce Bollesen, Kevin Berry, and Clarke had the second-best time of 3:11.96.

The Rams continue their first road weekend of competition on Saturday, October 26th, when the Rams travel to Boston to face Boston University, starting at 1:30 PM.

POUGHKEEPSIE, New York – Marist men’s swimming and diving defeated the Fordham Rams 144-95 on Thursday night at the McCann Natatorium in the team’s home opener. With the win, Marist remains undefeated on the season, improving its record to 2-0. The meet was not a Metro Atlantic Athletic Conference meet, so the Red Foxes conference record remains at 1-0.

Marist women’s swimming and diving was defeated 156-85 by the Fordham Rams on Thursday night. The Red Foxes are now 1-16 in this history of the program against Fordham. For the season, Marist drops to 1-1, but remains undefeated with a 1-0 mark in the Metro Atlantic Athletic Conference.

UP NEXT
The Red Foxes return to action on Saturday, November 2 against the defending MAAC Champion Rider. The meet is scheduled to begin at 1 p.m.