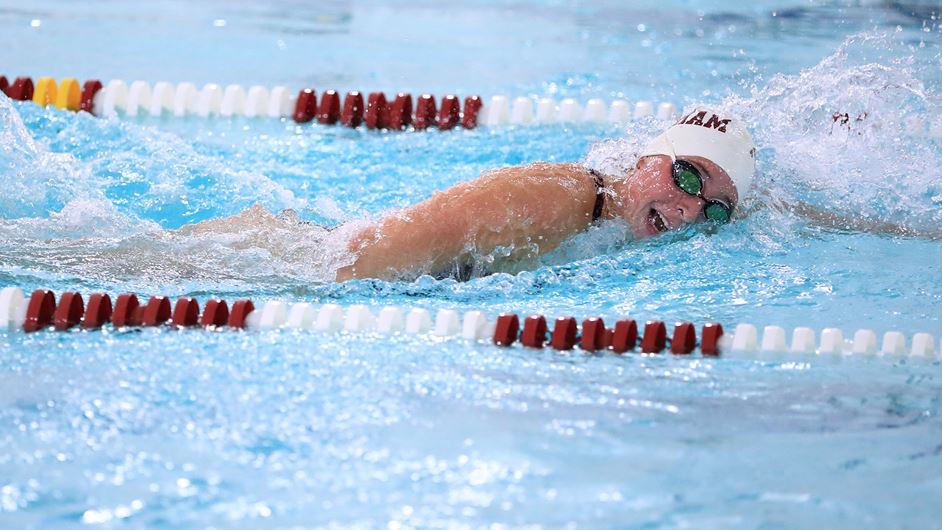 Bronx, N.Y. – (October 21, 2021) – The start of a busy 24 hours for the Fordham swimming & diving team got started on Thursday night at the Messmore Aquatic Center, as the Rams hosted the Marist Red Foxes.

In the women’s competition, Fordham won 10 of 11 individual events and both relays on the night.  Highlighting the performances were multi-event winners, Clare Culver, Ainhoa Martin, and Natalie Ortof.

In the men’s competition, Fordham earned wins in five events, which included a pair of multi-event winners.  Alex Wilhelm won the 200 individual medley in 1:55.33 as well as the 200 backstroke in 1:54.50, while Diego Perez swept the diving events, scoring 154.15 on the one-meter board and 182.40 on the three-meter board.

The Rams’ remaining event winner was Daniel Langlois in the 200 breaststroke, touching first in 2:11.18.

In the relays, the 400 medley relay of Wilhelm, Langlois, Vitalis Onu, and Nicholas Chao placed second in 3:26.96, while Taz Kanjanakaset, Spencer Clarke, Alex Shah, and Onu also took second in the 400 freestyle relay in 3:11.38.

The Rams won’t have long to rest, as they are right back in the pool on Friday, October 22nd, as they host Monmouth for a 4:00 PM meet at the Messmore Aquatic Center.

After a season-opening win against Canisius last Friday, the Red Foxes improved to 2-0 on the season.

The Red Foxes will host Rider on Saturday, Oct. 30 at 1 p.m. at McCann Natatorium.