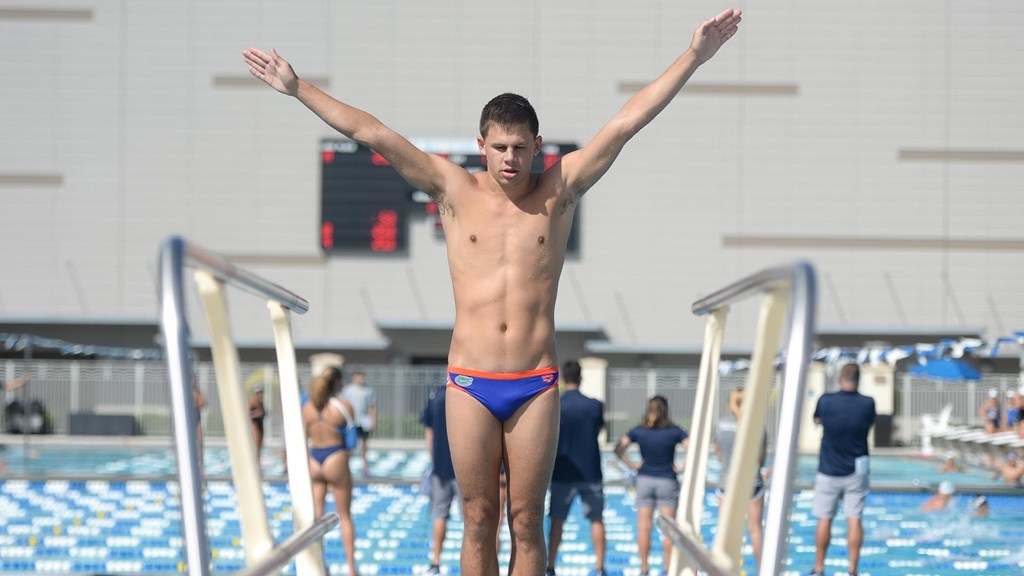 BIRMINGHAM, Ala. – Kieran Smith, Alex Farrow and Eric Friese swept the Men’s Southeastern Conference weekly awards for their performance during the Gators’ 178.5-116.5 win against Minnesota on Oct. 11.

Smith earns his first career SEC Men’s Swimmer of the Week honor after winning the 100 and 200 free. In the 200 IM, he posted the fastest swim but was exhibitioned.

Last season, Smith received seven All-American accolades and earned a first-team All-SEC bid in addition to being tabbed the Co-Freshman Swimmer of the Year with teammate Robert Finke.

Farrow put together his best performance of the season in Minneapolis, posting the top 1-meter SEC dive of the season with a score of 328.07. On the 3-meter board, the senior was just .22 points away from third-place and tallied the fourth-best 3-meter dive in the SEC this year.

Friese followed up a three-win performance in the Gators’ opening slate of meets with two more individual event wins against the Gophers to garner his first Freshman of the Week honor.

The Potsdam, Germany native posted his fourth and five sprint victories on the season in the 50 free and 100 fly, all personal-bests.

UF will be back in action when they travel to Columbia, Mo. to take on the No. 13 Missouri Tigers in their conference opener on Friday, Oct. 18 at 10:30 a.m.