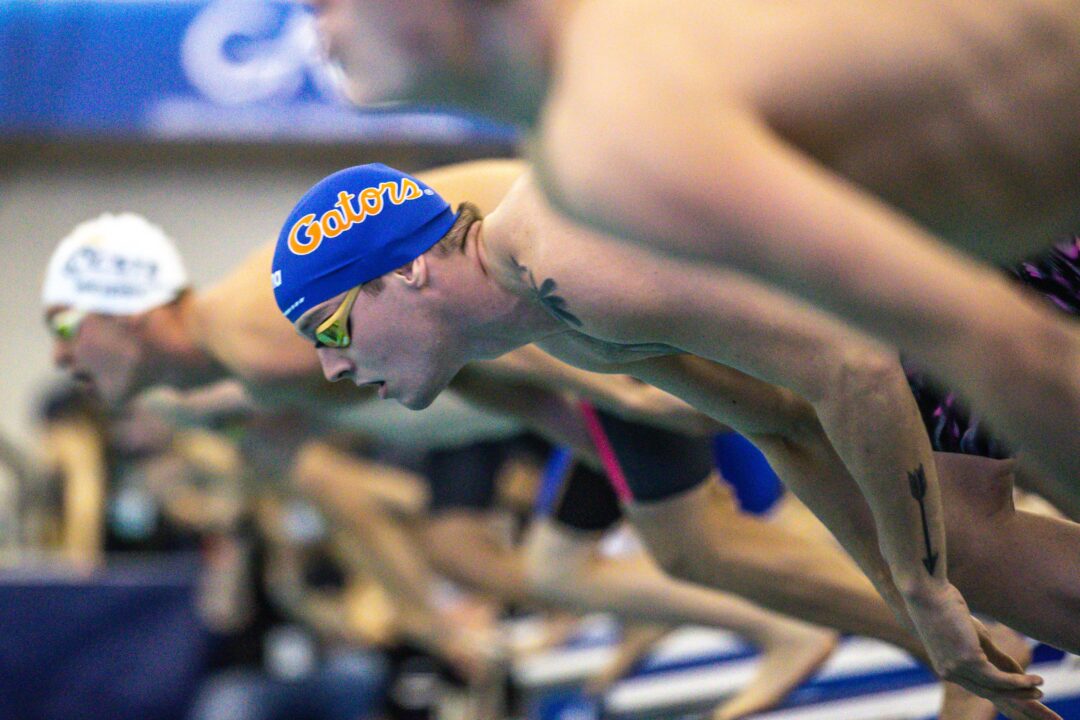 The Gators will host Nova Southeastern and Arkansas at the Ann Marie Rogers Swimming and Diving Pool at the Stephen C. O'Connell Center at 10 a.m. Archive photo via Jack Spitser/Spitser Photography

GAINESVILLE, Fla. – Florida men’s and women’s swimming and diving is set to open up its season Friday, Sept. 23, hosting Nova Southeastern and Arkansas at the Ann Marie Rogers Swimming and Diving Pool at the Stephen C. O’Connell Center at 10 a.m.

Flavet Field will be open for fan parking, and to make entry easier, Gate 3 will be the primary entrance for the meet. Fans will not need to walk around the building to Gate 2, and admission is free.

The men are coming off a 10th straight SEC Championship and third-place finish at last year’s NCAA Championships, while the women finished 13th last season.

Live results can be followed on the MeetMobile app.

I’m interested to see how fast Liendo goes in his first meet.

Excited to watch Elise Bauer and Hayden Miller in the distance events!!

Sherry and her distance girls, shocking

Would love to see Ledecky Exhibition a 400 IM!