Florent Manaudou To Take Training Break, Will Dabble In Handball 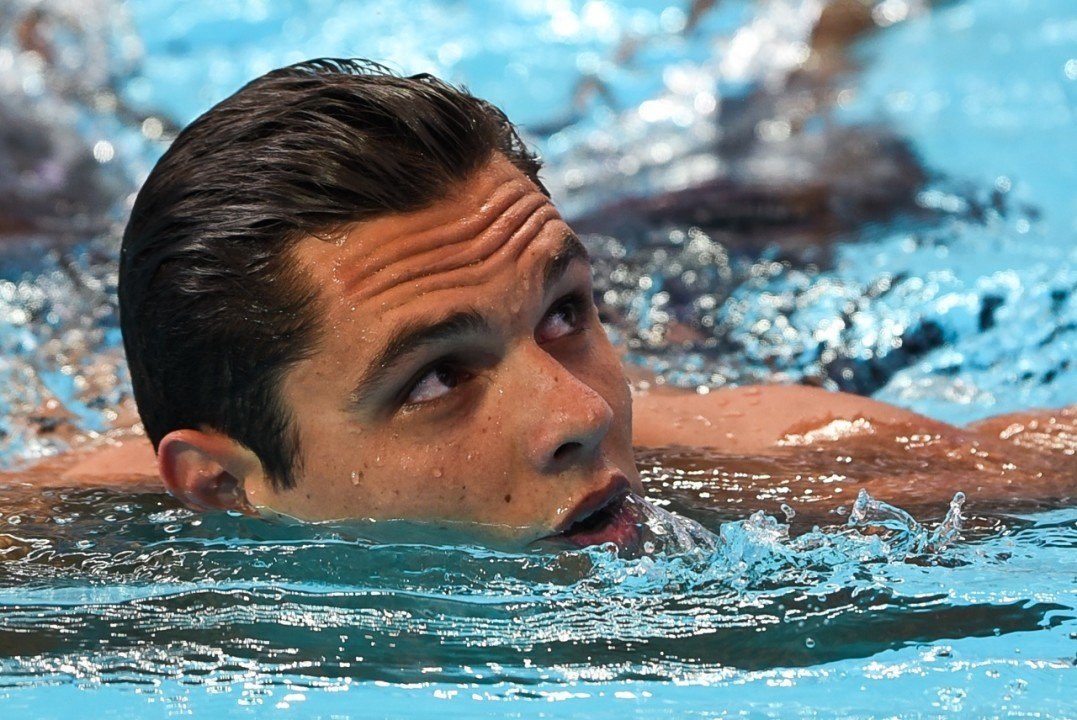 French sprint star Florent Manaudou announced on Facebook this week that he would be taking a break from his full training program, but made clear he still plans to compete in the sport of swimming down the road. Archive photo via Peter Sukenik/www.petersukenik.com

French sprint star Florent Manaudou announced on Facebook this week that he would be taking a break from his full training program, but made clear he still plans to compete in the sport of swimming down the road.

You can read the post on Manaudou’s official Facebook page here. In it, he cites Americans Anthony Ervin and Michael Phelps as “life lessons” – both Ervin and Phelps took lengthy “breaks” from the sport and came back out of retirement to win Olympic gold medals in Rio.

Manaudou doesn’t go into too many specifics, but says he will take a break from triple practices, his previous training regimen that included two swim workouts and a training session out of the pool. “I want to preserve and keep the fun which was my main engine during these 8 years,” he says in a rough translation of the French.

The 2012 Olympic 50 free champ also addresses rumors that he’s been jumping into the sport of handball. “In order to silence the fantasies and speculation, I have indeed begun to join in training with the Aix handball team because I gave up this team sport too early, even though it is complementary to swimming. I’m doing it with no other ambitions than to give the best of myself and find a different source of enjoyment.”

Manaudou also mentions three French swimmers as inspirations for his decision: Camille Muffat, who died unexpectedly in a helicopter crash last year, his sister Laure and his teammate Yannick Agnel, both of whom have fully retired from the sport.

It’s worth noting, though, that Manaudou doesn’t seem to be planning that drastic of a break from the sport of swimming. He said in his post that he “will remain a swimmer in activity” and that his stepped down involvement will still likely align itself to some meets in the coming year.

Manaudou specifically points to a meet in Tahiti from October 7-10 and France’s interclub championship meet in November as likely events he’ll compete in.

If he wants to come back he’ll be fine.

He swims the 50 free. The Olympic champ took a 10 year hiatus and still has the speed.

Why not focus on his military career? France needs more good men in Syria.

I already wrote that French swimming was in deep trouble looking at the next four years towards Tokyo2020 (many big guns retired or getting older and no junior medals at Euro2016 in Hungary, and no great young hopes in the previous years).

With Manaudou uncertain about his future, the Channel between Great Britain and France is getting enormous in a swimming point of view.
Even Italy has many more swimming strenghts than France.

That’s pretty cool. I enjoy watching handball at the Olympics and he definitely has the size and athleticism of some of those guys. Wouldn’t be surprised to see him come back better than ever, or even pop in for a really fast 50 while primarily training handball.