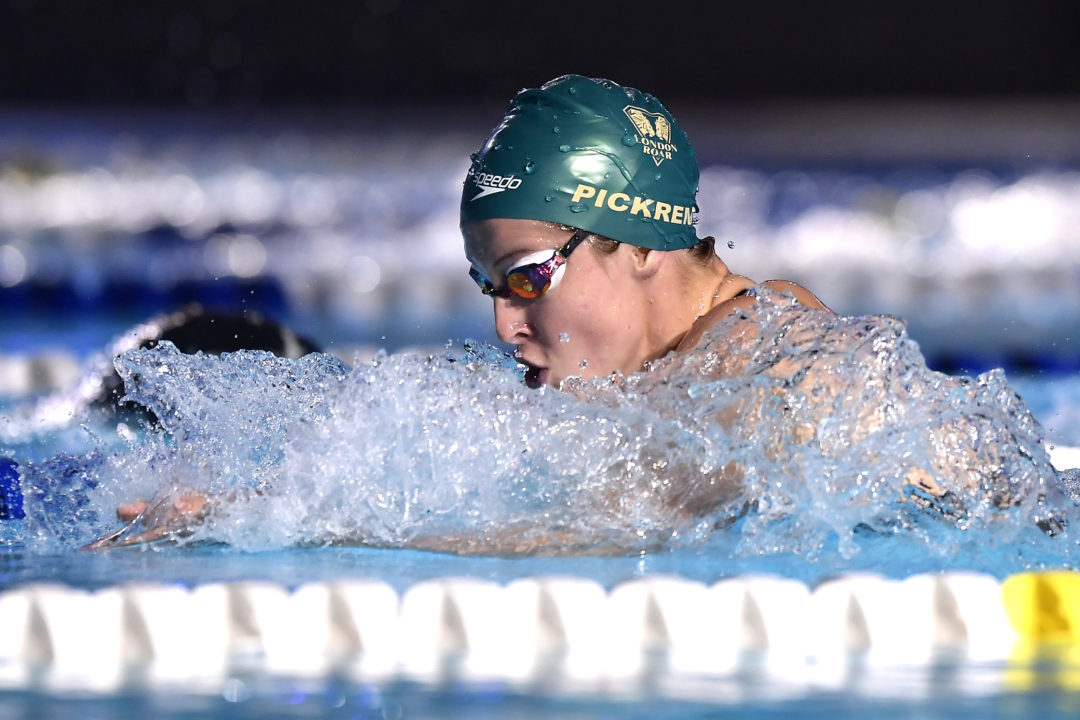 Sydney Pickrem (above) broke both the Canadian and Commonwealth Records in the women's 200 IM, while Knox go the Canadian Record in the men's 200 IM. Current photo via Fabio Ferrari/LaPresse

The Pitt swimming & diving program has announced the addition of 2 transfers, one for each team, both of whom will be eligible immediately.

Canadian Records went down in back-to-back races on Sunday at the International Swimming League’s European Derby meet in London. First, in the men’s 200 IM, Finlay Knox broke the Canadian men’s record, and in the very next race, Sydney Pickrem both both the Canadian and Commonwealth records in the women’s 200 IM.

The 18-year old Knox was not one of the names that jumped out for the London Roar when their roster was announced. But he has become a solid mid-class performer for the team, and has had his real breakout this season in short course. Along with swimmers like Markus Thormeyer and Cole Pratt, he is forming the nucleus of a young Canadian men’s group that is starting to catch-up to the women’s breakout from the 2016 Olympics.

Knox’s previous best time of 1:55.30 was done at the Budapest stop of this series, while his best pre-ISL was just 1:59.55. His long course best time is 1:59.44 from this summer’s World Junior Championships.

Just a few minutes later in the fast-paced ISL format, Sydney Pickrem, his national countrymate and London Roar teammate, stepped up and broke the Canadian and Commonwealth Records in the 200 IM.

She touched in 2:04.34, behind only the World Record holder Katinka Hosszu (2:04.16). That breaks the old record of 2:04.64 that was set by Kayla Sanchez at last year’s Swim England Winter Championships in Sheffield. Sanchez is at this meet and swimming very well, including a win in the 200 free on Saturday, but missed her best time in this 200 IM – finishing 3rd in 2:05.32.

Pickrem now ranks as the 8th-fastest performer in the history of the event.

Always have to differentiate between “fastest” vs “best”. Relatively easy to do in swimming compared to other sports, records vs medals!

Shhh yozhik will hear you