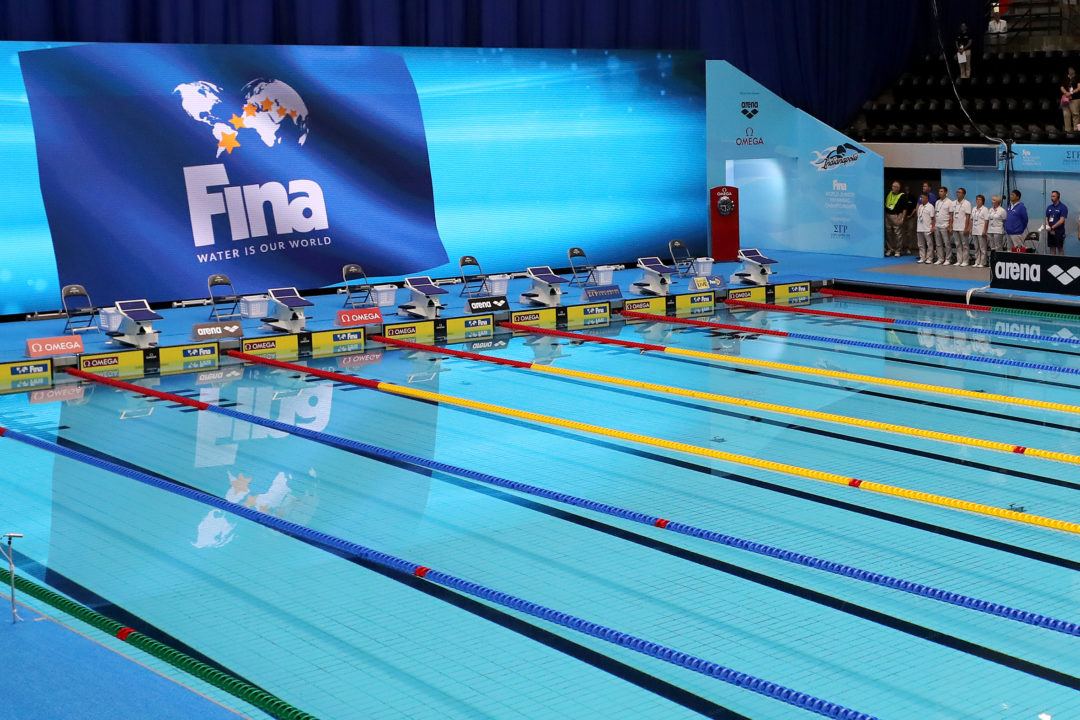 Headed into the 2nd cluster kicking off in Hong Kong this weekend, FINA has tweaked the criteria for individual medalists having direct access to the final.  Archive photo via Satiro Sodre/SS Press

The first cluster of the 2017 FINA World Cup series was our first chance to see the newly defined FINA World Cup rules in action. Along with the swimmers now being limited to 4 individual events per leg, with each cluster offering an event only twice, Olympic and World medalists are now able to bypass prelims and instead have direct access to finals.

We reported at the time how the implementation of the ‘straight to finals’ rule led to a rocky start at the very first World Cup stop in Moscow. However, headed into the 2nd cluster kicking off in Hong Kong this weekend, FINA seems to have tweaked the criteria for individual medalists having direct access to the final.

Below is the criteria for individual medalists having access to the final, per FINA:

We’ll monitor how this plays out during the Hong Kong stop on Saturday, September 30th and Sunday, October 1st.

Still makes for an unbalanced competition when the fastest swimmers don’t need to swim in the heats, so that they’d come into the final with more energy. Still a dumb rule.

Well FINA almost did something good. But then they decided to not. Classic FINA. Still stupid.