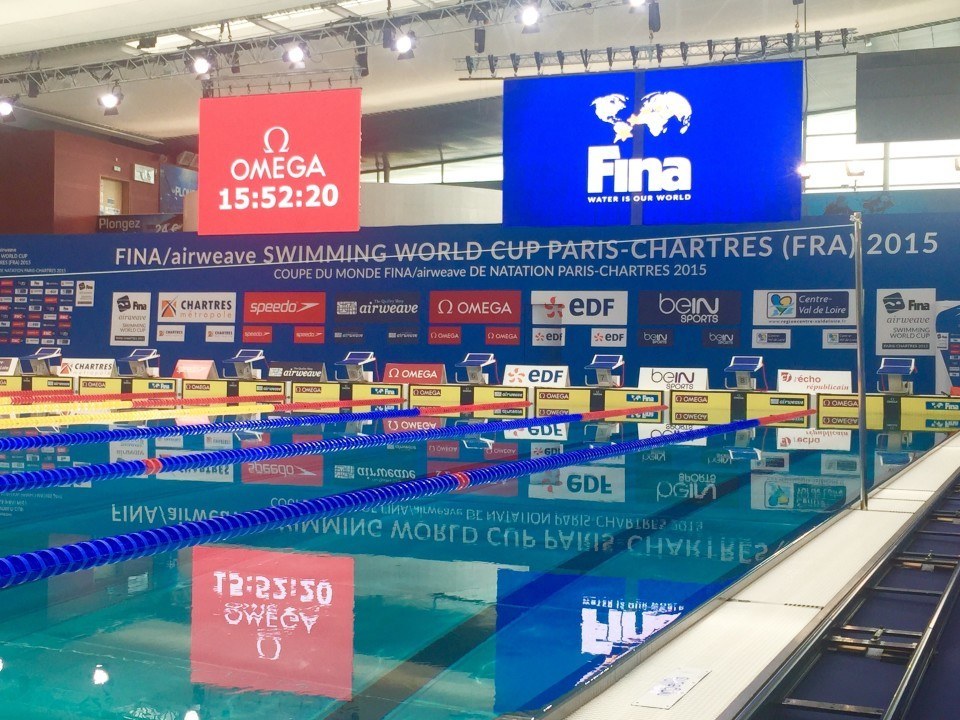 After exciting Olympic Games in Rio, many Olympic champions and medalists will travel to Chartres, France, for the first stop of the 2016 FINA World Cup series.

This year, the World Cup returns to the short course format – last year, the swimmers competed in 50 m pools because of the 2016 Olympic Games.

The Chartres stop will feature three time Olympic Champion Katinka Hosszu (HUN).  The Iron Lady also is last year’s overall winner of the World Cup series. She is joined by 2015 overall winner on the men’s side, Cameron van der Burgh, who won a silver medal in Rio in the 100 m breaststroke. Chad le Clos will be back at the tour, he won two silver medals at the Olympics.

Also Jeanette Ottesen from Denmark, who won a bronze medal in the 4 x 100 m medley relay, should compete at the first World Cup stop – she announced after the medley relay in Rio that this event should have been her last Olympic race.

Hannah Miley and James Guy (silver in Rio with the 4 x 100 m medley and 4 x 200 m freestyle relay) from Great Britain are set to compete in France.

And some of French biggest swim stars will make an appearance: Florent Manaudou (silver in Rio in the 50 m freestyle and the 4 x 100 m freestyle relay), backstroke specialist Camille Lacourt, Coralie Balmy and Yannick Agnel – this swim meet in his home country will probably mark the last races of his career – he has declared his retirement from competitve swimming in Rio.

Across nine locations, the circuit is structured in clusters (Europe, Middle East and Asia) and distributes a total of prize money reaching $ 2 million.

The competiton programme of each meet includes 17 indivdiual events for men/women – a total of 34 events. Points and money  for each individual event are awarded as follows:

Also the three best performances women or men swum at heats or finals will earn performance points according to th FINA points table of the relevant year:

Only the best performance of each swimmer is taken into account.

All points are important for the results per World Cup Series Cluster and the overall counting.

So the meet scoring is the total of medal points, performance points and world record points – one ranking exists for men, anothe for women.

The Paris-Chartres stop marks the first of the first World Cup Series Cluster. At the end of each cluster, an additional $ 150,000 will be awarded to the top 6 performers of each sex.

The awards for the cluster winners are as listed:

In 2015, Katinka Hosszu and Cameron van der Burgh were the overall champions.

The overall top 3 men and top 3 women will be decided by adding all meet scorings of the participants.

Hey Squire Chad, time to make some money whilst King Joe goes back to School

How are clusters determined is it every two meets?

The clusters are divided in Europe, Far East and Asia – three stops per Cluster. Sorry, forgot to mention them.

Thank you. So katinkas gonna make 150 on whatever else she earns

Why no stops in Australia, Africa, the Americas?

I imagine for travel