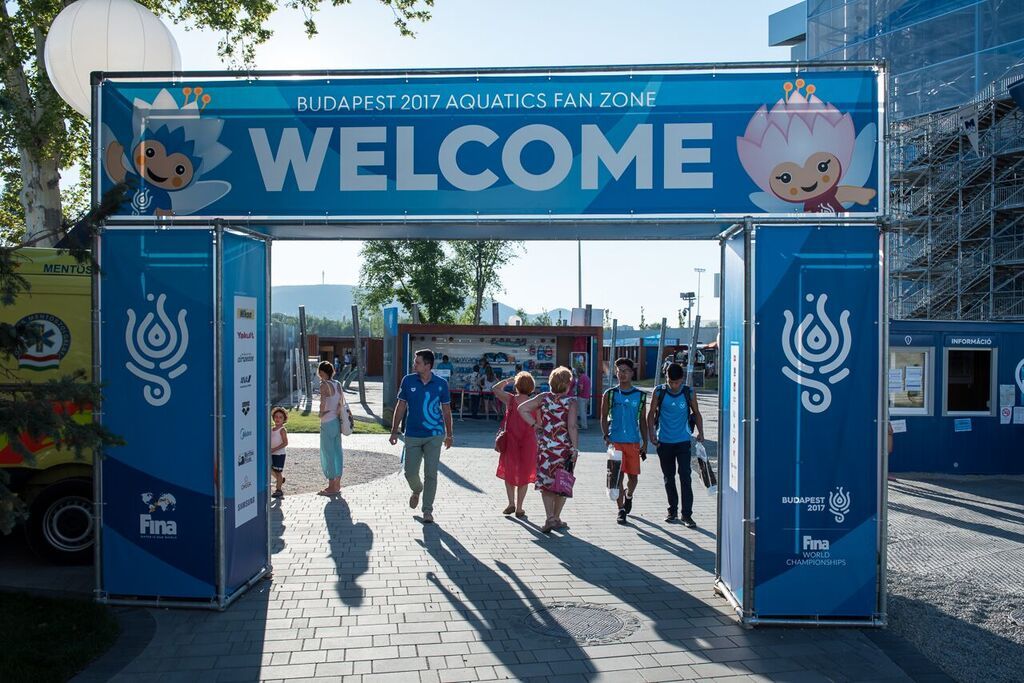 FINA has voted to put a 3 full-term limit on elected Bureau members, and will apply that rule to the... Archive photo via Peter Sukenik/www.petersukenik.com

FINA has voted to put a 3 full-term limit on elected Bureau members, and will apply that rule to the president as well, they announced at the conclusion of the General Congress on Saturday.

Among the major constitutional changes announced was a new term limit for all Bureau members, including the president. Of course, the last limit on member terms, relating to age, was simply removed when the president hit that cap, so we will have to await a test of the rule when a powerful member approaches their limit.

FINA has also formed a new Ethics Panel and Audit Committee, which will be elected by the General Congress. In addition, FINA has created a position of Chief Internal Audit Officer. While details about that person’s role have not been made public, this person would typically be responsible for producing reports inspecting the validity of the organization’s financial statements, identifying conflicts of interest (for example: vice-presidents who are also employed by a private company that has significant FINA contracts), and identifying risks for corruption.

The FINA Bureau has been expanded to 25 voting members, from 23, with Africa receiving another at large member (7 to 8) and Asia as well (1 to 2).

The shape of the FINA Executive has also been remade. It will now be composed of the President, First Vice-President, Second Vice-President, Honorary Treasurer, three Vice-Presidents, and one member that the president has the sole authority to nominate.

FINA will now organize a General Congress every two years instead of every four, coinciding with each edition of the long course and short course World Championships. While elections will be held only once every four years, the intermediate congresses will reduce the need for “extraordinary congresses” that have become commonplace to conduct the organization’s visit, but will also greatly increase the costs of hosting short course World Championships.

The full list of changes to the FINA Constitution is below:

– Change of the name of “synchronised swimming” to “artistic swimming”;
– Creation of a FINA Second Vice-President and definition of respective duties;
– Transfer of former Honorary Secretary’s duties to the Executive Director;
– Change of the timing for the General Congress, now to be organised every two years (instead of four) on the occasion of the FINA World Championships. However, election Congress continues to take place every four years;
– Election of Ethics Panel and Audit Committee (a new body) is to be made by the General Congress;
– The FINA Bureau will consist of 25 voting members (instead of 23);
– Enlargement in the number of Bureau members elected at large from Africa (7 to 8) and from Asia (1 to 2);
– New composition and duties of the FINA Executive, composed by the President, First Vice-President, Second Vice-President, Honorary Treasurer, three Vice-Presidents and one member to be nominated by the President to ensure continental representation;
– Bureau members can be elected for a maximum of three full terms. This rule also applies to the President, irrespective of terms served before as member;
– Redefinition of the Bureau duties;
– New composition of the FINA Coaches Committee, consisting of up to 24 members, which will form six sub-committees for each of the aquatic disciplines;
– Update on the Finance Committee and Ethics Panel duties;
– Creation of a Chief Internal Audit Officer.