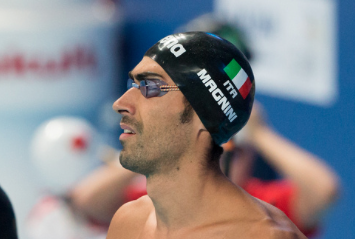 Italian freestyle ace Filippo Magnini, who is retired, had his 4-year ban overturned by the Court of Arbitration for Sport. Archive photo via Tim Binning/TheSwimPictures.com

You can read our SwimSwam Italia report here.

“I WON. The CAS acquitted me of all kinds of accusations. It has always been like this, I have always won races in the last few meters. They taught me never to give up. I have always been an athlete and a correct person. I tremble with joy.”

HO VINTO. Il TAS mi ha assolto in pieno da ogni tipo di accusa. È sempre stato così, le gare le ho sempre vinte negli ultimi metri. Mi hanno insegnato a non mollare mai. Sono sempre stato un atleta e una persona corretta. Tremo dalla gioia. . . . . 🇬🇧 I WON. The TAS acquitted me from any kind of accusation. It has always been like this, I have always won races in the last few meters. They taught me never to give up. I have always been an athlete and a correct person. I tremble with joy.

Magnini is retired but has continued to deny allegations of doping. Magnini and fellow Italian swimmer Michele Santucci were both sanctioned for their association with Italian nutritionist Guido Porcellini. Porcellini was banned for 30 years, and Italian media reported that Magnini was central to the case against Porcellini.

In his appeal, Magnini “objected to the facts found against him by the Italian National Anti-Doping Tribunals.”

On the basis of the evidence placed before it, the Panel determined that there was insufficient evidence to conclude that Filippo Magnini had violated the WADC. Accordingly, it flowed that the sanction had to be annulled.

Both swimmers appealed their bans with a national anti-doping tribunal. Santucci won his appeal and had his suspension dropped, but Magnini’s appeal was rejected.

But why was it overturned? Lack of proof? I guess I am missing something.

“The Panel determined that there was insufficient evidence to conclude that Filippo Magnini had violated the WADC. Accordingly, it flowed that the sanction had to be annulled”

If so I think Sun Yang is very likely to win too.

How the f can you get banned for “attempted” use? Does it mean you’re banned because you’re too stupid to use the good stuff?

Hot Take: As an athlete not only should you not dope but you should also avoid situations and people that make it look like you could be doping.