FGCU’s Elmgreen Tabbed as CCSA Swimmer of the Week 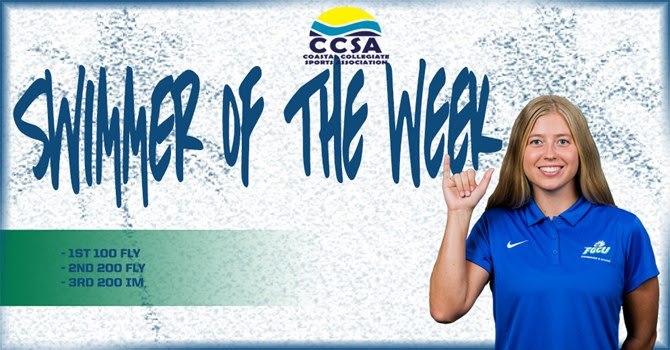 For the second time this season, FGCU senior Christina Kaas Elmgreen has been named the CCSA Swimmer of the Week Current photo via FGCU Athletics

CHARLOTTE, N.C. – For the second time this season, senior Christina Kaas Elmgreen has been named the CCSA Swimmer of the Week, the league announced Tuesday afternoon.

The award becomes the fourth of her career with the Green and Blue.

“Congratulations to Christina, it was an incredible way for her to finish the dual meet portion of her Eagle career,” said head coach Dave Rollins. “There were a lot of amazing performances last weekend from the CCSA, which shows that the Championships will be a lot of fun. But for Christina to be recognized by the coaches for her accomplishments is definitely a nice way to head into the CCSA Championships.”

UP NEXT
The FGCU divers will be back in action on Feb. 9 at the South Florida Diving Invite hosted by FIU. The invite will take place in Coral Springs, Fla., at the Coral Springs Aquatic Complex. After that, the Eagles head to the CCSA Championships in Lynchburg, Va., which will take place Feb. 20-23 at the Liberty Natatorium.