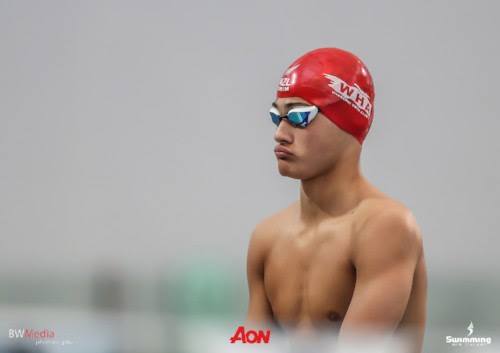 15-year-old Erika Fairweather took down the oldest New Zealand Age record in the books on the final night of racing at NZ Age Champs. She set a 1.5 second lifetime best with an impressive 4:12.10. The time beat Rebecca Perrott’s record from the 1976 Montreal Olympics. The time was another World Junior qualifying mark for Fairweather and would’ve taken 6th place at the 2017 champs. Additionally it makes Fairweather the 6th fastest female in New Zealand history. The 15-year-old went on to blast a 2:19.69 200 IM later in the night to take an 8 second victory and another gold. She finished the meet with 8 golds.

16-year-old Michael Pickett picked up another national age record blasting a scorching 50.39 to comfortably win the 100m freestyle. The time beat his previous record of 50.62 from earlier in the week and was a new lifetime best for the teenager. It was also another qualifying mark for the World Junior Championships. His fellow St. Peters Western training partner, 18-year-old Eve Thomas also had an impressive night taking a strong win in the 400m freestyle in a 4:15.88. The time was her second World Junior qualifying time.

17-year-old Luan Grobbelaar blasted a 2:03.65 in his 200 IM to take a comfortable win and qualify him in another event for the World Junior Champs. The time was close to Olympian Bradlee Ashby‘s age group record of 2:02.44 but Grobbelaar will have a second chance for the record at the Budapest champs. A record also fell in the men’s 15-year-old 50m backstroke. Wharenui’s Taiko Torepe-Ormsby blasted a 26.81 to beat the 1997 record set by Ross Dunwoody.

The club points competition wrapped up with North Shore taking the top spot amassing 2045.5 points. United trailed behind with 1362 points. Rounding out the top 5 were Howick Pakuranga (1207.5), Evolution Aquatics (1171) and Capital (1149).