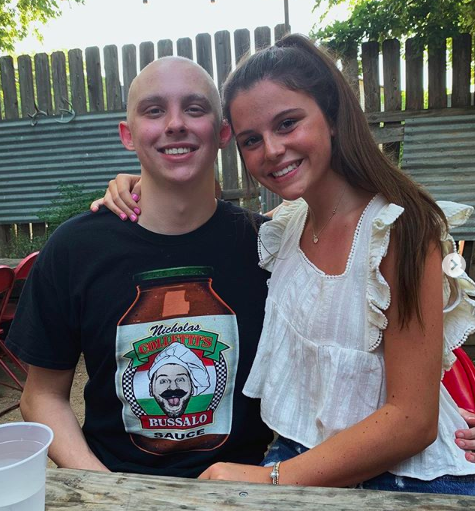 This February, Ethan Gogulski raced at the 2019 SEC Championships for Texas A&M less than two weeks following a diagnosis for testicular cancer. Yesterday, the rising Texas A&M sophomore posted to his Instagram page to share that he had finished up his chemotherapy post-surgery, adding the hashtag #cancerfree.

Gogulski noticed an irregularity in his testicles on February 10th, 2019, just nine days before the first session at the 2019 SEC Champs. He went to the doctor, who advised surgery right away. Gogulski opted to push the surgery to right after the end of SECs after the doctor agreed that there wasn’t serious risk that the cancer would metastasize if they waited two more weeks.

SECs was the final race of Gogulski’s NCAA season, and he had surgery after the meet. He has yet to swim in an official race since his surgery, according to USA Swimming’s database. He went lifetime bests of 47.72 in the 100 back and 1:41.35 in the 200 back at SECs, nearly getting an NCAA invite in the 200.

Gogulski was able to speak with Nathan Adrian, who just likely made the 2019-2020 U.S. National Team with his 50 free performance at the 2019 Pan American Games, about testicular cancer and men’s health.

“We both agreed that it’s important to get checked out and that  it affects a lot more people than you’d think, even though still sort of a rare thing,” Gogulski said of their conversation from February. “I don’t think that it should be something that you’d be that embarrassed about. I don’t think that going to see the doctor about anything like that should be embarrassing. I was lucky that I had my dad to discuss it with, but everyone should be getting regular checkups. Health is important, and if you find something that’s a red flag, just go and get it checked out.”

Cancer sucks. Hopes and well wishes for a speedy recovery.

Congrats Ethan! Best of luck in your future

Keep up the good fight!

YES Ethan! This is what we like to see!