Erik Risolvato Ruled Out of Olympics, to Compete at U.S. Open 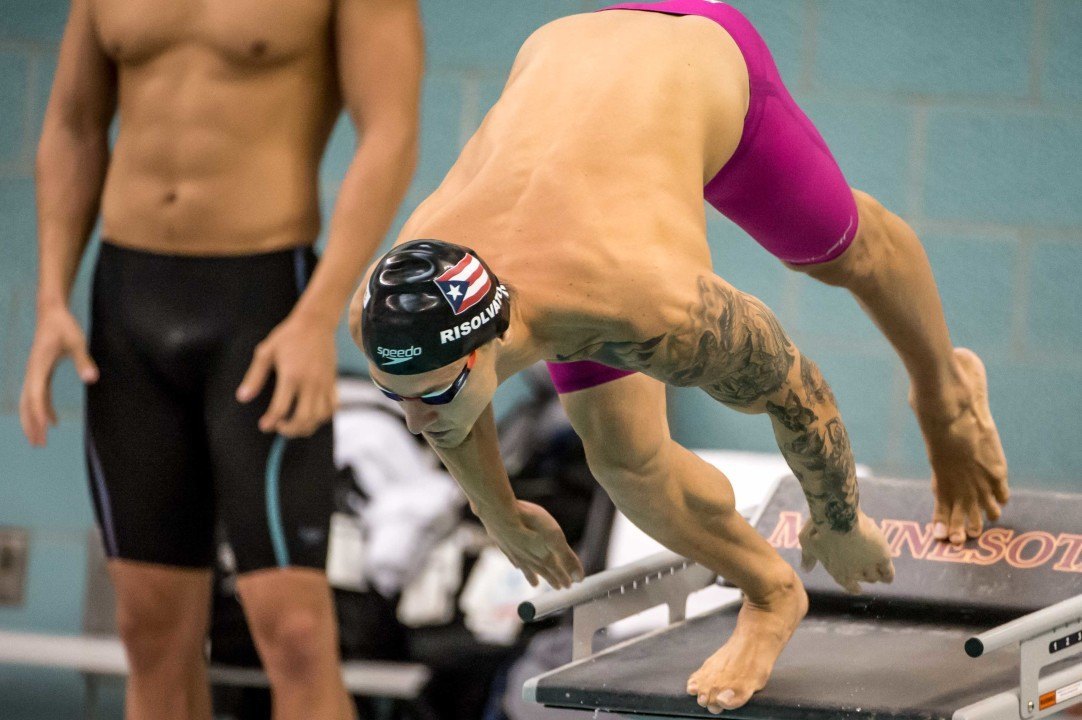 Erik Risolvato will not be competing in Rio, and instead be competing at the U.S. Open tomorrow Current photo via Mike Lewis/Ola Vista Photography

In a pair of YouTube videos posted to his Twitter, Erik Risolvato announced that he won’t be competing in the Olympic Games for Puerto Rico after having his credentials for Rio removed by FINA.  According to Risolvato, despite having competed internationally for Puerto Rico in the past (including last summer at the Pan American Games), FINA removed his credentials for not establishing residency in Puerto Rico for at least one year.  The residency may have been required due to Risolvato competing for the United States internationally as a member of the Junior National team back in 2011.

However, Risolvato will still have a chance to swim a taper meet this summer. This morning, Risolvato announced that he is eligible to compete in his primary event at the U.S. Open tomorrow:

Risolvato initially burst onto the scene as a high school with a Junior National title in the 50 meter freestyle (22.74), as well as his 19.62 and 44.03 in the 50 and 100 freestyles at the 2012 Ohio High School State Championships.  After initially committing to the University of Arizona, Risolvato ended up at Indian River State College, but never appeared to have competed.

He reemerged in 2015 with the Phoenix Swim Club, where the new environment and the individualized, sprint-oriented program led to the best swimming of his career.  Last summer at the Pan American Games, Risolvato finished fourth in the 50 meter freestyle in 22.22, which put him 44th in the world in 2015.

Super bummed about this FINA stinks

Haha Nice plug in there at the end for Phoenix (

He should have doped. Would have been more likely he’d get the chance to swim at Rio.

Yeah, if you’re caught doping you just get a warning and are allowed to qualify/compete in the Olympics. Not establishing residency in your country for at least one year is clearly MUCH worse and deserves harsher punishment. Everyone knows that.