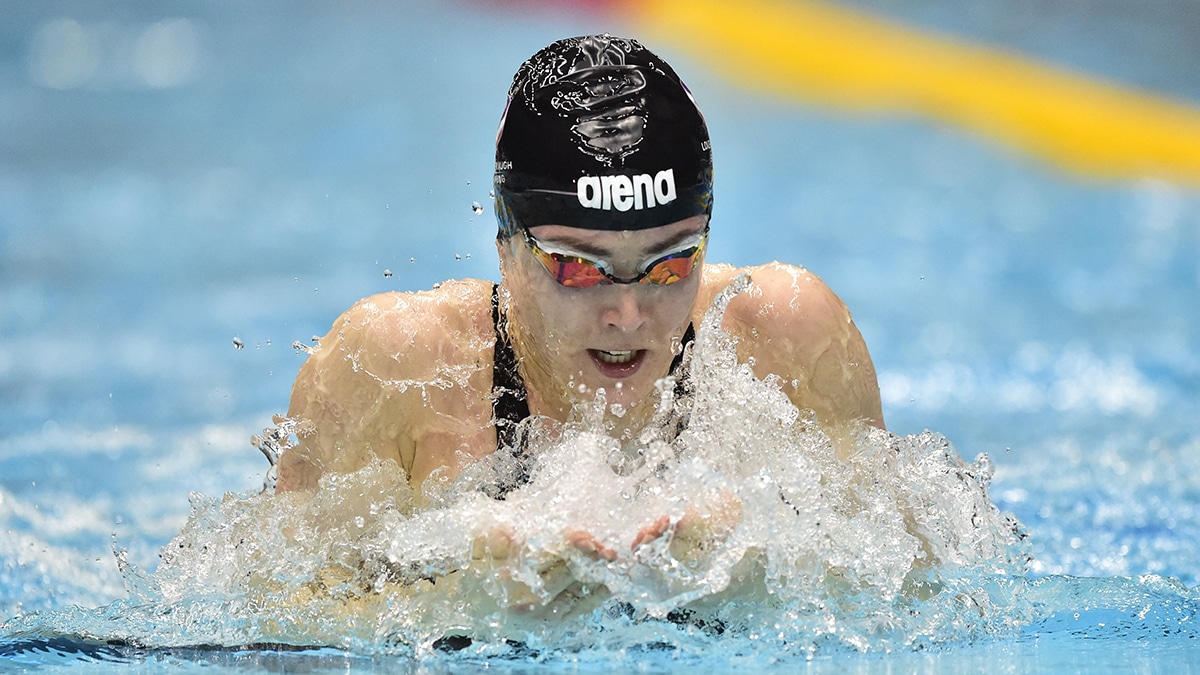 While not the flashiest of names, the addition of Jocelyn Ulyett for Energy Standard catches a swimmer with a hot hand going into the final. Archive photo via SW Pix/Swim England

Energy Standard has announced their roster for the upcoming International Swimming League Grand Final in Las Vegas, Nevada. As the 4th and final team to do so, now all athletes are confirmed for the league’s inaugural championship meet this weekend.

Energy Standard did pick up previously-unannounced new swimmer for the final, Jocelyn Ulyett, but following the trend of the other 3 announced teams, there were no earth-shattering reveals this week.

Like the other 3 teams, Energy Standard will have the maximum 14 men and 14 women at the meet. Mischa Romanchuk was left off the Las Vegasroster on the men’s side. The team will also travel 14 women, with Viktoria Gunes and Kayla van der Merwe being the odd-women-out.

Ulyett, a 24-year old British swimmer, is primarily a breaststroker. While most of her long course best times are from 2017 or earlier, she has made some progress this year in short course meters. Racing at the Swim England Winter Championships 2 weeks ago, she hit lifetime bests in the 100 and 200 in short course meters.

Ulyett was not on the British roster for the European Short Course Championships, and will take the spot of a swimmer in van der Merwe who was. Van der Merwe missed finals in all 3 breaststroke distances in Glasgow, while Ulyett put up new short course bests that surpassed Van der Merwe’s best times, while also bringing a little more versatility extending up to the 200 breast.

While the younger Van der Merwe seems to be on a bigger upswing as far as Britain is concerned, at the moment, Ulyett’s times appear to make this a positive shift.

While not a ‘surprise’ addition, the biggest game-changer for Energy Standard is the inclusion of Japanese swimmer Daiya Seto on their roster. The 25-year old has won the 400 IM World Championship at the last 4 World Short Course Championships and at 3 of the last 4 World Championships in long course. He’s arguably the most versatile swimmer in the world right now, and will eat up a lot of swims in a lot of grueling races for Energy Standard.

After Max Stupin won the 400 IM at the European Derby in London, this could be an opportunity for massive points for Energy Standard – conceivably even a 1-2 finish, with Seto as the favorite to win that event in Las Vegas. He could also, conceivably, win the 200 IM, 200 fly, and even the 200 breaststroke. In late November, he swam 1:55.9 in the 200 IM in long course – better than he went to win at Worlds in the summer – and he also swam a lifetime best of 2:08.98 in the 200 breast in long course. He’s also the World Record holder in the 200 fly in short course meters, set at the 2018 World Short Course Championships.

If he were to win the 200 IM, that would be a quick +8 points for Energy Standard after their swimmers finished 5th and 8th in that event at the European Derby.

Energy Standard squeaked out a 9-point win in that European Derby 3 weeks ago, beating out the short-handed London Roar. Energy Standard, with a coaching staff and, in large parts, a roster that is more familiar with this format and its challenges than most teams in the league, has been the most effective in terms of strategy so far this season. If they want their magic to continue en route to the championship, however, a big part of that will be cleaning up relay DQs. The team had a pair of relays disqualified this season, both via Ivan Girev early departures. Their next-best chance is to sneak 2 women into the skins race semi-final like they did in London and find a way, against a loaded field, to get both Ben Proud and Florent Manaudou into the men’s semi-finals.

Our mathematical projections, which includes educated-guess times for Seto but does not include the addition of Ulyett, peg Energy Standard to finish 2nd in Las Vegas.

I disagree with seto swimming I believe you should have swam one of the other matches if you were to participate in the final there’s, another team in the same situation I can’t remember what one it is. But It just seems unfair that you haven’t help your team out one bit to make it to where they are and there could be someone who’s swam all three matches left off the roster who’s put in the effort to help there team make the final.

I guess he was committed to the finale only when the contract was signed, otherwise he might have hesitated to participate. Japanese swimmers have little interest in ISL in general, as their focus were completely on home Olympics, so they won’t want to interrupt their preparation with too many travels. However ISL needs a swimmer like Seto very much if they want to open the huge market in Asia, so they will let him do whatever he wants to persuade him to take part.

Good pick in Ulyett. Only person who has been quicker than Lilly King this season in the 200 breast.

The big question is will Girev complete the trifecta of disqualified relays.

Seto addition should have made headlines. He could have a huge lineup and bring in massive points. He doesn’t really help relays though.