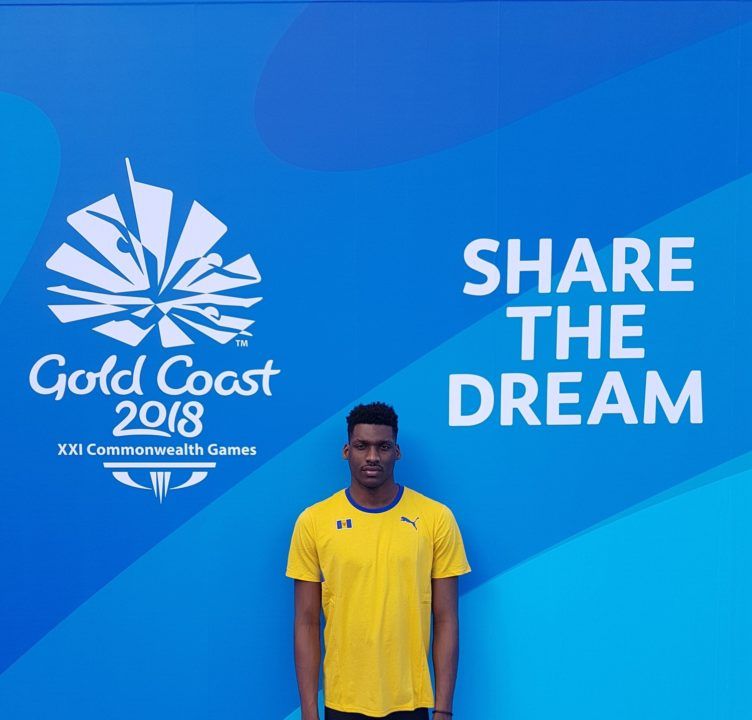 Queens University of Charlotte maintained the lead in both the women’s and men’s BMC meets while Emmanuel moved to the lead of the CC women’s meet. Barton held onto the top spot in the men’s rankings for Conference Carolinas. Several meet records fell on Thursday night, beginning with the 500 free where Emmanuel College junior Alex Sobers threw down a 4:19.41 for the fastest 500 free of the night – by far. Swimming in the Conference Carolinas championship heat, Sobers won the event by 23.23 seconds and broke his own meet record of 4:22.74 that he had set in the morning’s prelims sessions. (That, in turn, was 19.35 seconds faster than the previous meet record, set in 2018 by Barton’s Robert Zamorano.) Moreover, Sobers would have won the BMC championship final by 6.08 seconds over Queens’ Luke Erwee (4:25.49), who had the benefit of swimming in a heat of similarly-seeded swimmers. One last tidbit to add perspective to Sobers’ race: if Emmanuel were in the Bluegrass Mountain Conference, he would have taken down Nick Arakelian’s 2015 meet record by 1.0 seconds. As it is, the men’s 500 free is the first event in which the CC meet record is faster than the BMC record.

Barton sophomore Nicola Macdonald came from behind to win the 500 free over Emmanuel’s Juana Mafla, 5:12.33 to 5:12.38. Macdonald had led the entire race by about half a body length. Mafla began to outsplit her slightly from the 250 onward and took over the lead at the 450. But Macdonald clawed her way back to the front with a gutsy final 50, coming home in 29.7 for the win. The 200 IM was just as exciting but this time Emmanuel’s Julia Simioni (2:08.02) held off Barton’s Addy Nemitz (2:08.14) for the win. Both women stopped the clock in CC-record time but it was Simioni’s 2:08.02 that will go in the record books. After two nailbiters in a row, and just when you thought it couldn’t get any closer, along came the women’s 50 free. There, Converse senior Sarah Russell and Emmanuel sophomore Carmen Arnold hit the wall at exactly 24.36, tying for first place. King’s Madison Wisely came in 3rd, just .03 back in 24.39. Emmanuel (Anna Calka, Simioni, Natalie Hayes, and Karolina Ostojska) won the 400 medley relay with a new meet record of 3:55.43. Converse, who set the meet mark in 2018 with 3:59.84, came in second this year with 3:58.15, also under the old record.