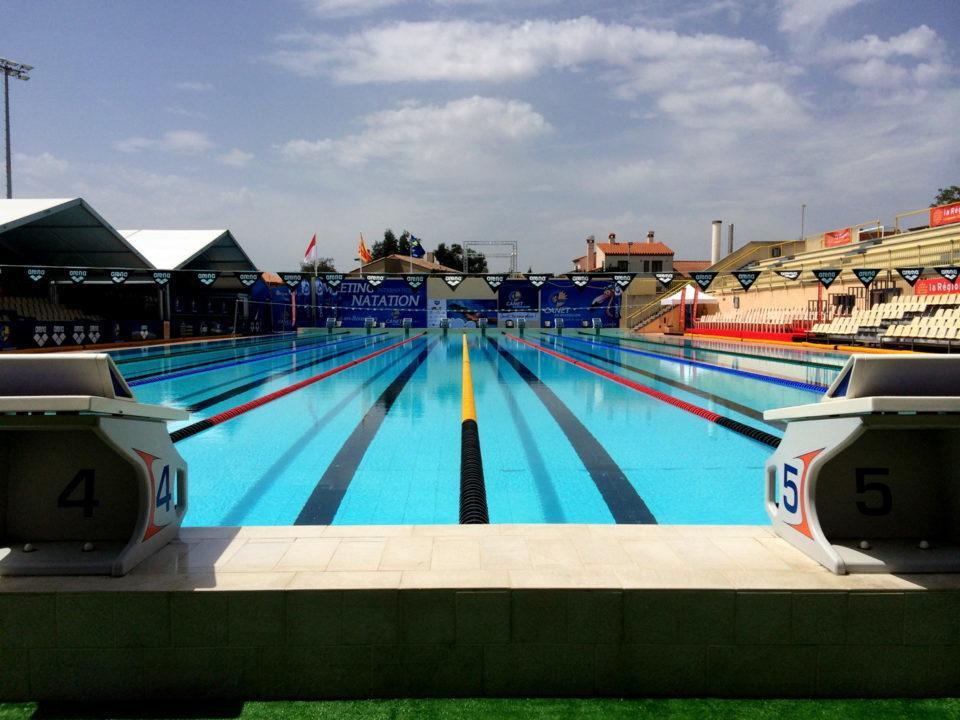 The next big date circled on the European swimming calendar is the upcoming Mare Nostrum series, which takes athletes to... Archive photo via Georges Kiehl

The next big date circled on the European swimming calendar is the upcoming Mare Nostrum series, which takes athletes to 3 major Mediterranean meets in 9 days as a major benchmarker ahead of the upcoming European Championships.

This year’s series starts in Canet, France, before moving on to Barcelona and then Monaco.

When the tour kicks off in Canet, the meet will have a new setting thanks to the new Europa complex.

Among the names being touted for participation in the series opener in Canet (official psych sheets still to come):

The Americans will be represented by a USA Swimming-supported junior team:

Missy is entered, i guess she’s old news this days..since you guys dont even bother mention it her..

BTW – all press releases are labeled as such.

The list of Usa juniors you listed is the list that went to Mel Zajac. Not the correct list going to Mare Nostrum. Bobo is correct and article is wrong

I believe the junior team being listed is the Mel Zajac meet team not the Mare Nostrum list.

No mention for Missy Franklin at her first meet back. Can’t wait to see her perform!

Perhaps the biggest news of this tour is the return of Missy Franklin…at least she’s listed to swim in Barcelona.

There is an official entry list for Canet: http://marenostrumswimming.com/download.php
Mare Nostrum even tweeted about it this friday.

Missy will come close to her best performances (within 3 seconds).

Yulia: Show us and the rest of Russia what you got! Your the best breaststroker ever to exist. Don’t let rigged drug tests get in your way, precious queen. Wish you the best of luck and waiting to see you win 4 individual golds at Euros this year (50-200BR,200IM).

11
-4
Reply
Philip Johnson
Reply to  Yulia is the Best

Rigged? You take a page from Trump or something?

8
-4
Reply
Brutus
Reply to  Yulia is the Best

Yulia is the best and the hottest.

How did the best get beaten though (multiple times)? Hmmm

6
-7
Reply
Coach John
Reply to  Yulia is the Best

Did anyone notice how Yulya Skripal post Miltary Grade Nerve Weapon & 3 week coma looked a lot like our Yulya?

Not the before 34 year old blousy one of course , but the floaty , 30lb lighter , athletic , taut jawlined , floaty thing in light blue gauze boutique peasant dress.

Hopefully Missy Franklin goes and swims, she is entered.

Did anyone ever find out why bobo always gets a ton of downvotes no matter what he says?

Cause most people are morons and can not relate to his genius!

he was pretty political with Trump for a second a year or two ago and I think he hit some nerves. I always upvote the man. he adds quite a bit to the conversations. his hatred for yards bugs me a bit though

Bobo has been in the # Resistance since 2010 ..He has a ham radio in the back room of the Patisserie where he sends out messages to Nellie Ohr .