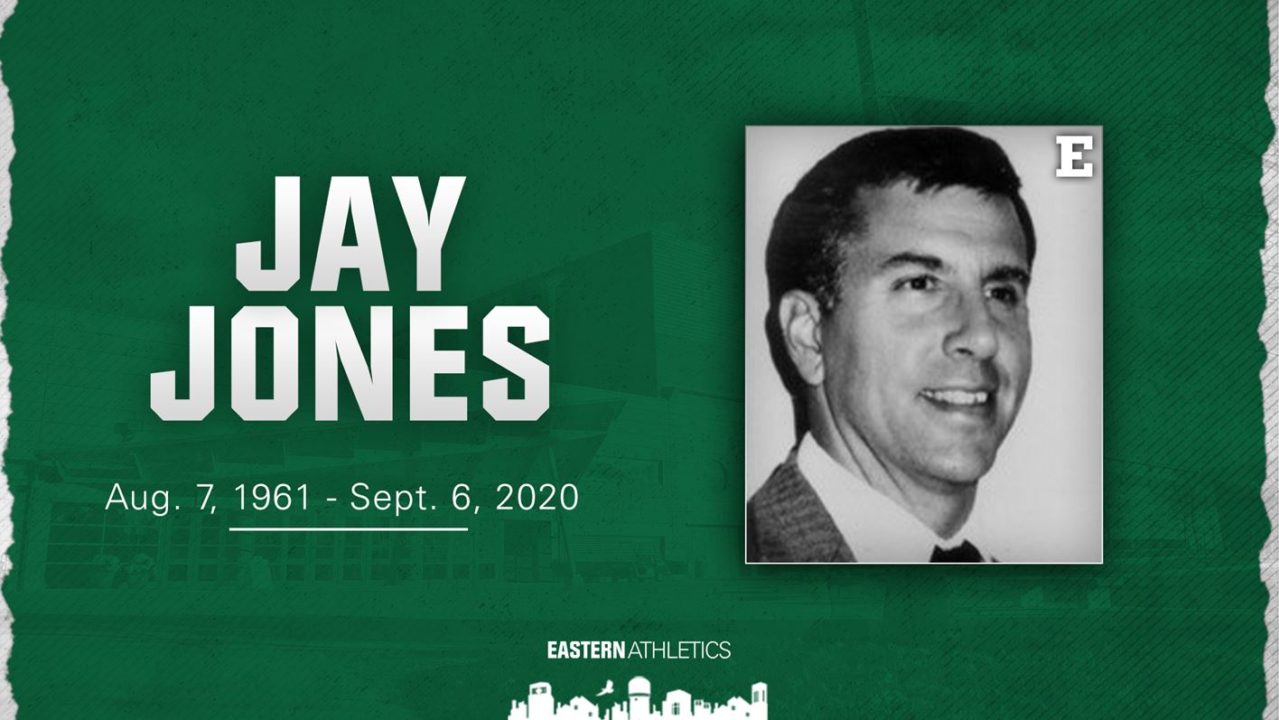 Dr. Jay Jones, a 5-time individual MAC champion at Eastern Michigan University, died at age 59. He was inducted into the EMU Athletics Hall of Fame in 1992. Archive photo via EMU Athletics

Last Sunday, Eastern Michigan University Athletics Hall of Fame member Dr. Jay Jones died at the age of 59. His cause of death has not been made public.

During his four-year collegiate swimming career Jones was undefeated in the 200 fly at the Mid-American Conference swimming championships. He was also the 1981 MAC champion in the 200 IM.

Jones is one of two men in MAC history to four-peat in the 200 fly at the MAC Championships. Jones is one of just two swimmers who have four-peated in the event since it was added to the conference schedule in 1955, along with Oakland’s Henry Clark (1985-1988).

Jones, as an EMU swim team captain, ended his senior year in 1983 by being named the MAC Swimmer of the Year.

At the time, Jones was also ranked among the top ten fastest American men in the 200 fly. Jones was inducted into the E-Club Letterwinners Athletics Hall of Fame in 1992, where his impact on the college and its swimming program will continue to be honored.

After graduating from EMU Jay Jones went on to study medicine at Wayne State University. He completed his residency in Physical Medicine and Rehabilitation in 1991 and moved to Traverse City where he practiced medicine for the next 28 years. Jones retired in September of last year in his lifelong home state of Michigan.

His father, coaching legend Mike Jones, also attended EMU and returned as head coach of the Eagle’s swim team for 21 years. Mike Jones was inducted into the EMU Hall of Fame in 1985, and the MAC Hall of Fame in 2016.

Despite the Eagles’ impressive legacy of 34 MAC titles, EMU cut their men’s swimming and diving program in 2018 in order to “align with the University budget.” The women’s program was not cut.

Very sad to hear this. Prayers to Coach Jones. His family,friends and teammates.