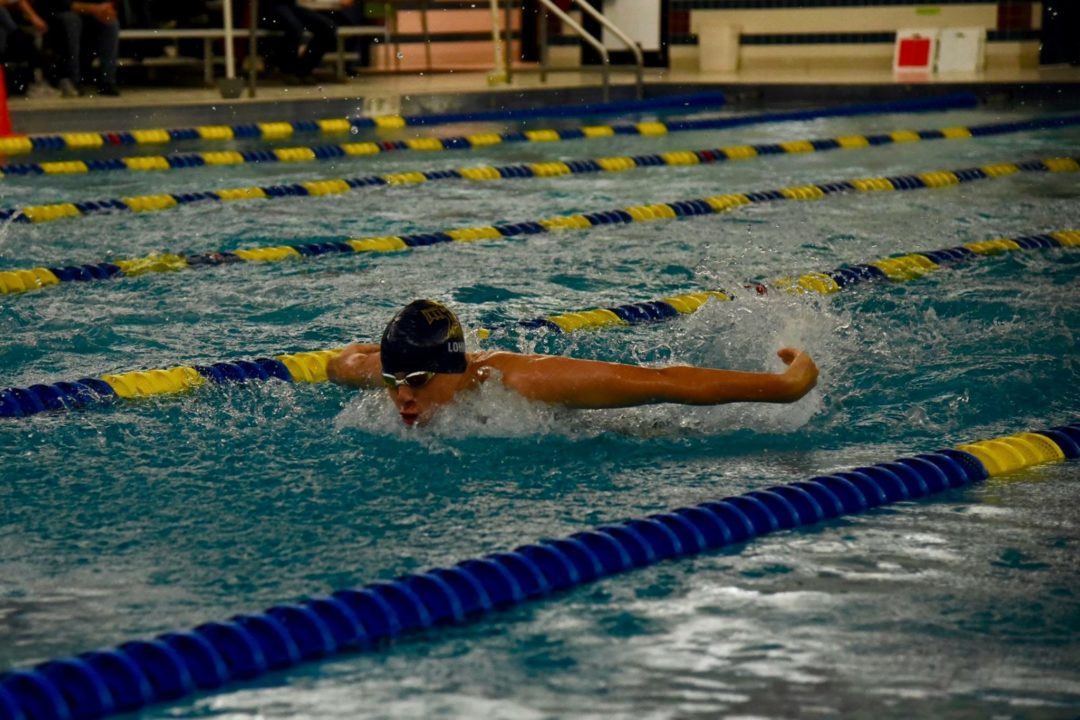 Lohr was just about a week into his freshman year at Iowa when the decision was made to cut the swimming & diving programs. Archive photo via Aidan Lohr

Just as his collegiate career was beginning to get underway, Aidan Lohr has shifted gears after the University of Iowa announced it was cutting its swimming & diving programs at the conclusion of the 2020-21 season.

Lohr, a native of Lake Delton, Wisc., announced his verbal commitment to swim with the Hawkeyes in November of 2019, and was in the early stages of his freshman season in Iowa City before the school announced both swimming & diving teams, along with men’s tennis and men’s gymnastics, would be removed after the year.

After being in Iowa City for just over a week, Lohr says he and his teammates were completely unaware of the situation when they were pulled in for a meeting one morning.

“We had no indication of what was going on,” Lohr told SwimSwam over a phone interview. “The morning when they brought us in we thought that it was just going to be about the season getting cancelled because of the pandemic, obviously, and we didn’t think it could’ve been anything more than that.”

According to the school, the cuts are being made due to financial difficulties caused by the coronavirus pandemic. At the time of the program cuts, which came on August 21, it marked the sixth Division I school to cut at least one swimming & diving program.

“We were all in shock,” the Baraboo High School grad said of the team’s reaction to the cuts. “I was in shock. I just told myself, ‘no way this actually happened’. I was just about to start my life out of high school and about to start my future and it goes like this. It was just, it was unbelievable. I felt so bad for everyone in the room and the coaches.”

Though Iowa will have swimming this season, provided the COVID-19 pandemic doesn’t cancel the NCAA campaign entirely, Lohr decided he would not be sticking around.

With so much uncertainty regarding the upcoming year with the coronavirus, he ultimately came to the conclusion that his time would best be served elsewhere.

“I didn’t know at first, I didn’t think about it until probably two days after, just because of the emotions everyone had at the time,” he said. “But I knew what I wanted to do, I knew I wanted to get a full four years of college and be able to accomplish my goals of swimming and maximizing the amount of time I had.

“I didn’t want my last meet or season to be in high school so I knew I wanted to go somewhere else, but the decision for this year to come and train not at Iowa, they were just unsure whether they would have a season or not. And then with the rising COVID rates, especially in colleges and universities, it seemed to me that it was unlikely that they were going to be having a season or anything.”

It was only on August 20, the day before Iowa announced its cuts, that Pinnacle launched a new post-graduate Olympic prep program that would also have a collegiate program for athletes either taking a gap year or unable to train due to COVID-19.

“Just the opportunity,” Lohr said on what drew him to Lopez. “I was talking to a coach down in Florida and he recommended it to me. He said it was a great program, Sergio’s a great guy, great coach. I know he coaches for Virginia Tech. It just seemed like a really great opportunity and I knew I was going to be training with people that were faster and would push me and I would get the most out of my time.”

Lohr had a breakout senior year of high school, winning a pair of WIAA Division 2 state titles in the men’s 100 back (48.05) and 100 free (45.67) in February. Coming off of that, his sights are set on qualifying for Nationals when he begins college in one year’s time.

“I knew I wanted to try to make NCAAs after my senior year of high school, my goals kind of shifted towards that with my times in a couple events,” he said. “I knew I wanted to hopefully make a relay for sure at NCAAs, and then maybe make the backstroke cut.”

And while having to go through the recruiting process for a second time may seem frustrating to some, Lohr is looking at it from a different perspective. With so many coaches in the swimming community aware of the situation with Iowa’s swimmers, he believes it opens up new doors for him.

“I think it’s a good opportunity,” he said. “I think I’ll hopefully have some colleges look at me that I didn’t before, so it’s kind of exciting.”

Good choice! Sergio is a great coach and VT is a really good university.

Glad to hear that he is still able to swim! Best of luck!

He should transfer to the university of goofy

This was a smart move. Best of luck, Aidan.

Good for him. Get the heck away from the cesspool called the U of Iowa as fast as you can. Sergio is a great coach.

VT just postponed their football opener because of COVID outbreak on campus. Poor guy may not be swimming there long either.

VT swims off campus and the pros train separately

That’s good news thanks for sharing!