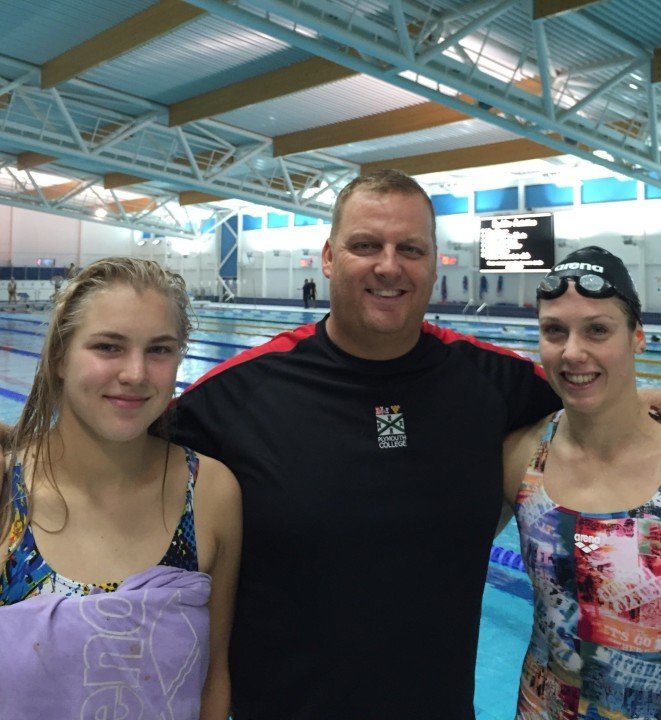 Dutch champion and record holder Monike Nijhuis will try her training in Plymouth after failing to qualify for the semi-finals at last summer's World Championships. Archive photo via Tim Binning/TheSwimPictures.com

Dutch National Record holder Moniek Nijhuis has decided to make a change. She’s headed to the UK later this month where she will begin training at Plymouth alongside the defending 100 breaststroke Olympic Champion Ruta Meilutyte under the watch of Jon Rudd.

The 27-year old won her first major international medal at the senior level in 2004 when she was just 16 years old – a gold as part of a 200 medley relay at the European Short Course Championships. To go with that, she also earned bronze medals in the 50 and 100 breaststrokes in short course meters at the 2014 World Short Course Championships – in both cases placing just behind Meilutyte (who took gold in the 50 and silver in the 100).

“When I first received a tentative enquiry from Moniek as to whether or not she could train with us this season, my first thought was to ask Ruta as to what she thought,” Rudd said. “It was great to note that Ruta immediately saw the positives of having a sparring partner on a daily basis and that the frequency of two world-class female breaststrokers going head-to-head would be fantastic for both of them. As soon as I knew she felt like this, it was a green light for me”.

Those comments were supported by the 2012 Olympic Champion and World Record holder Meilutyte, who said “I’ve always got on really well with Moniek and she’s a great friend of mine. I’m thrilled that she’ll be beside me each day as we both prepare for Rio. To have someone of her quality in the lane next to me will help me get ready for my Olympic title defence as much as I hope it will help her as well.”

After testing for a week in Plymouth, Nijhuis was sold. “The atmosphere in and around the Plymouth Leander programme is exactly what I’m looking for. I get to train with a world-class coach with proven credentials in the amazing Plymouth Life Centre,” she said. “And to have each session alongside the greatest female breaststroker of all time – what is there not to look forward to? The Dutch coaching team have been very positive and supportive about all of this and I look forward to getting to Plymouth on a full time basis as soon as possible.”

Along with this announcement, Plymouth revealed that Ruta Meilutyte is ahead of the curve on her recovering from an elbow injury suffered this summer. She’s already back in the pool working on her kick, and expects to be back to regular training by the time Nijhuis arrives.

Nijhuis had been training with the club De Deolfijn in the Netherlands – a country well-known for their freestylers, but without a great reputation for developing breaststrokers.