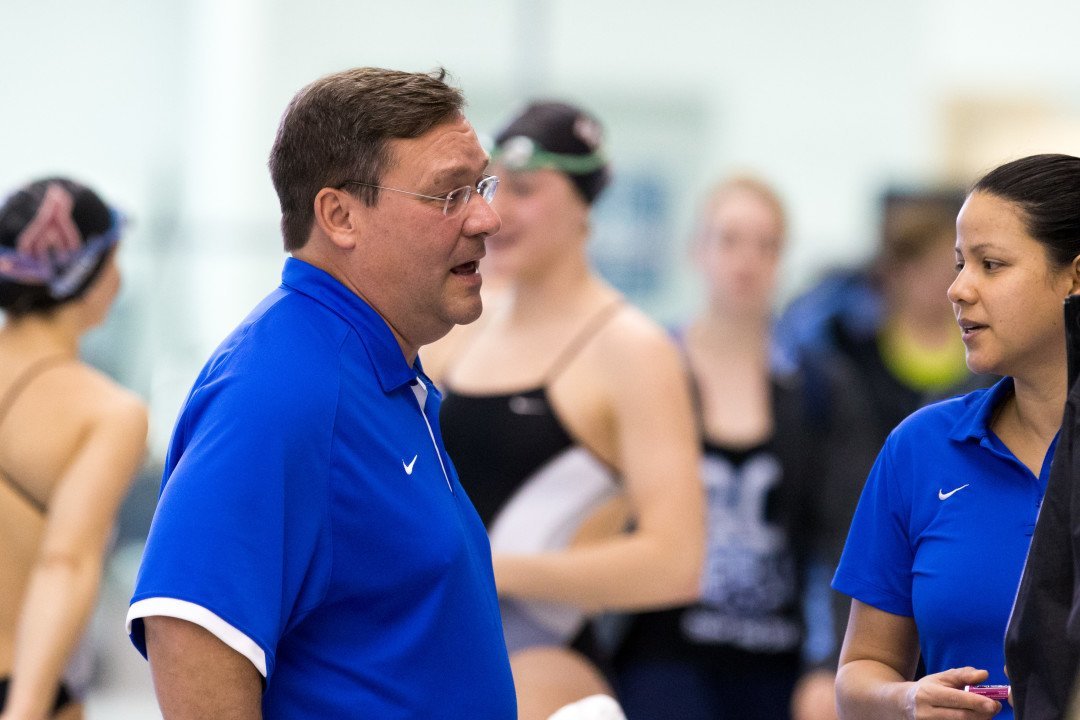 Duke has announced that 50 freestyler James Peek has been invited to the 2016 NCAA Championships, and Ohio State has confirmed... Stock photo via Tim Binning/TheSwimPictures.com

Duke has announced that 50 freestyler James Peek has been invited to the 2016 NCAA Championships, and Ohio State has confirmed the same status for Dustin Tynes.

Coming out of the weekend, Peek was the second-remaining alternate on the list, behind Ohio State’s Dustin Tynes, thanks to a 19.54 in the 50 yard freestyle.

Peek’s training hasn’t been interrupted, even with a 3rd-position on the initial psych sheets being somewhat of a longshot for a callup. That’s because he was already going to the meet as part of Duke’s 200 and 400 medley relays, which he’ll race with Kaz Takabayashi, David Armstrong, and Peter Kropp. Mike Seaberg is attending as an uninvited relay alternate, and freshman diver Evan Moretti brings the entourage to 6 swimmers thanks to his qualification to compete on the men’s 3-meter.

Ohio State has also confirmed that Dustin Tynes has been called up, meaning that there were at least two scratches. Tynes was the first alternate coming into Monday, and has earned his individual invite via a 52.93 in the 100 yard breaststroke. Like Peek, Tynes only had two individual entries on the pre-selection sheets, with his other event being the 200 breaststroke. A 1:57.46 there makes him the 42nd seed out of 44 swimmers entered (again, pending details on who scratched).

Tynes is the 5th individual swimmer to be invited for Ohio State, and in addition a full lineup of 5 relays will further expand their squad to 13 total athletes (including 4 divers). Ohio State is now taking two breaststrokers to the meet – Tynes will join USA Swimming National Teamer DJ MacDonald in Atlanta.

The new psych sheets have not been posted, so we cannot be certain who has scratched the meet yet.

We will watch for the newest version of the psych sheets to be posted, and provide an update then.

Here’s a fun question for the Swim nerds out there: when was the last time a male and female, from the same team, were invited from the alternate list?