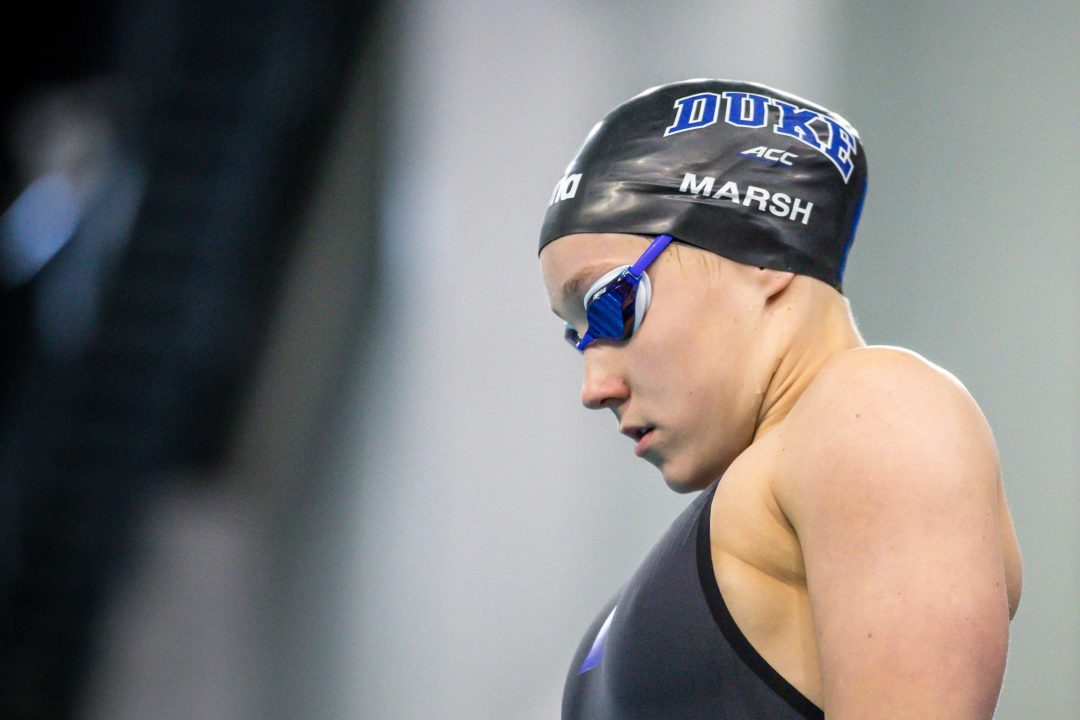 DURHAM, N.C. – The Duke swimming and diving program hosted its end of year banquet virtually via Zoom on Friday evening to wrap up the 2019-20 season.

At the virtual team meeting, five awards that were previously announced on the Duke swimming and diving social media channels were officially given to the student-athletes. The 2019-20 awards were the Above and Beyond Award, Blue Devil Award, School Record Holder Recognition, Most Outstanding Performances and Most Valuable Athlete.

“We are immensely proud of those individuals who received awards this season,” Duke swimming and diving head coach Dan Colella said. “They worked incredibly hard to put themselves in a position to receive these accolades. There are also many others on the team who have done great things throughout this season and we are incredibly proud of the accomplishments all the members of our team have made this year, including reaching our new highest poll rankings in school history. Our team’s work ethic has once again demonstrated what can be achieved through their commitment to their training, academics and university even through the adversity we faced.”

The 2019-20 Duke swimming and diving team first honored the team accomplishments from the past season that was cut short due to COVID-19. As a team, the Blue Devils posted 68 times that were in the Top-10 of Duke history.

Emma Shuppert and Cole Reznick received the Above and Beyond Award. The duo was recognized for having gone above and beyond the expectations of the program in dedication, work ethic, commitment and performance.

The Blue Devil Award is given to those who exemplify the true character of a Duke student-athlete. They are committed to their team’s betterment in academics, athletics, community work, motivation, encouragement, dedication and attitude. This year, John Day and Ellie Winslow were named the Blue Devil Award recipients.

Four Blue Devils received recognition for Most Outstanding Performances. The award is given to one male and female swimmer and diver referencing an outstanding performance throughout the season. In the pool, Marsh’s 50 butterfly time of 22.00 in the 200 medley relay was deemed the outstanding performance. Her time was the fastest split in Division I swimming this season. Williams swam a 42.53 in the 100 freestyle at the 2020 ACC Championships to win the award on the men’s side. His time qualified him for the NCAA Championships and earned All-America honors.

On the boards, Nathaniel Hernandez and Ali Watson’s performances at the ACC Championships were deemed the most outstanding. Hernandez’s fourth-place performance at ACCs earned him the honor. The senior scored a 382.65 in the finals to secure his spot. Watson placed third in the platform diving championships in her first appearance at the conference meet. The freshman was Duke’s lone All-ACC member and earned All-America honors on the platform. Her score of 267.65 in the finals at the ACC Championships vaulted her to fifth all-time in Duke history.

Marsh and Hernandez were named the team’s Most Valuable Athletes. Both seniors saw their last season at Duke cut short but received All-America recognition. Hernandez received the honor after qualifying for the NCAA Championships in all diving events. Marsh received All-America honors in the 50 and 100 freestyle, 100 butterfly and 200 medley relay. She was also named the Duke Senior Student Athlete of the Year in April.

“Alyssa and Nathaniel were major contributors to this program in and out of pool for the last four years,” Colella said. “Both of them were team captains multiple years, which is a reflection of how both the team and staff feel about them. Their hard work and dedication are something that we hope everyone emulates. They have been integral part of success the past four years, helped us succeed at all levels and have paved the way for us to excel at the NCAAs.”