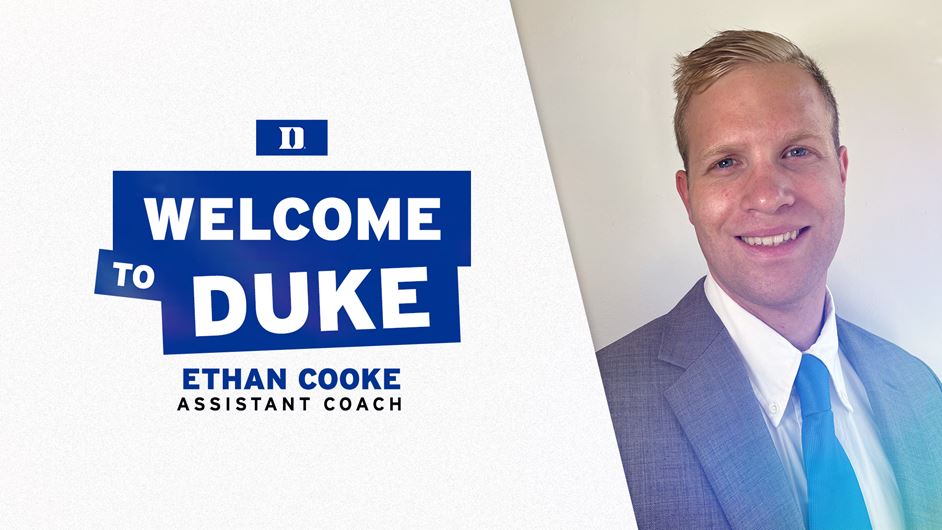 Cooke comes to Duke from Bucknell, where he served as the social media coordinator as well as the women's recruiting coordinator. Current photo via Duke Athletics

As the 2022-23 NCAA season quickly approaches, programs are filling out their remaining positions on staff. Duke swimming & diving has announced the hiring of Ethan Cooke to the Blue Devil coaching staff. Head coach Dan Colella has named Cooke as an assistant coach for the upcoming season.

Cooke comes to Duke from Bucknell, where he served as the social media coordinator as well as the women’s recruiting coordinator. He spent 4 years with the Bison, during which time 33 program records were broken. In his coaching duties at Bucknell, Cooke was the lead of the middle-distance group, as well as the underwater group.

Prior to his stint at Bucknell, Cooke spent 2 seasons at Division III Wesleyan University. Coincidentally, during Cooke’s 2 years at Wesleyan he also oversaw 33 program records fall. While he was serving as assistant coach at Wesleyan, Cooke was also the head senior coach at Middlesex Aquatic Club. Also during his stint at Wesleyan, Cooke earned a master’s degree in Liberal Arts and Studies in 2018.

He swam collegiately at SUNY New Paltz, where he was a 3-year captain. Cooke also set program records in the 200 fly as well as a few relays.

Don’t use the word “cruise” and you will be fine

Congratulations, Ethan. You continue to make us all proud.