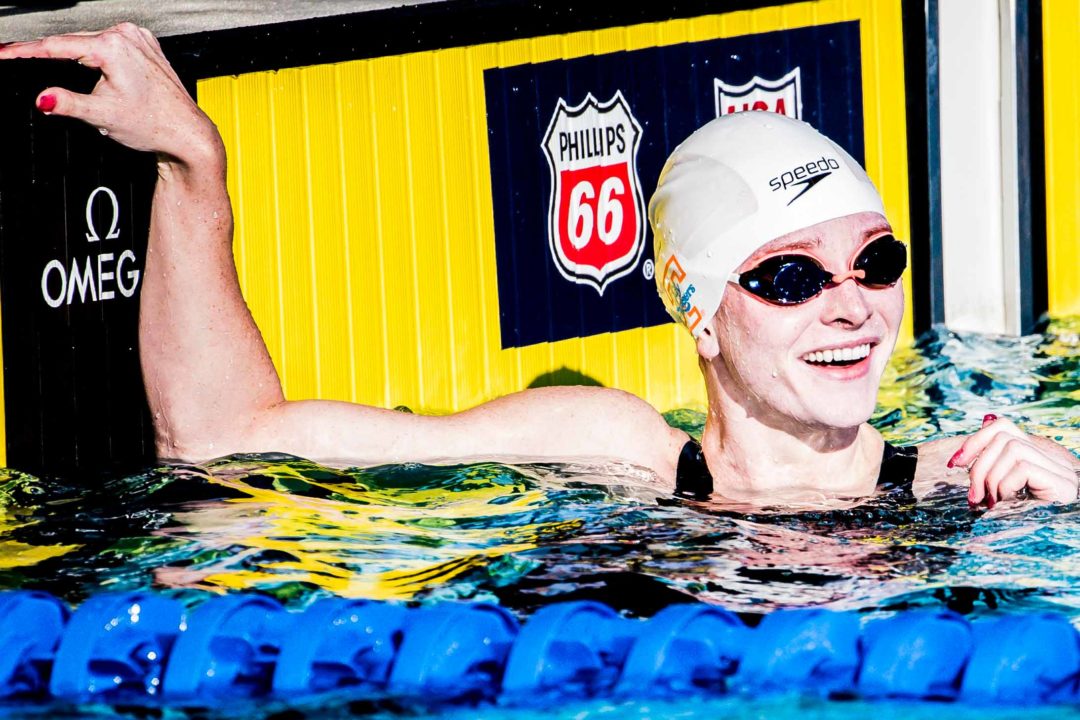 Last summer, Erika Brown was the 6th-best American woman in the 100-meter free, on the very edge of Olympic qualifying. As of this month, she’s a U.S. Open champion and the fastest American this season.

Brown is still just figuring out this event. In June of 2018, she went 54.52, dropping 1.7 seconds off a lifetime-best that she hadn’t matched since 2014 Junior Nationals. Last summer, she surged even further to 54.13 at U.S. Nationals. And this winter, Brown added a 53.42 that ranks #1 among Americans this season, displacing a 53.44 from Manuel at the Greensboro Pro Swim Series.

Last summer at Worlds, Team USA got a 52-second leadoff from Mallory Comerford on the 4×100 free relay, and a 52.6 split from Abbey Weitzeil, with Manuel anchoring in 51.9. But a 53.4 split from Kelsi Dahlia was the difference, as Australia bested that leg by eight tenths and then won the race by the same margin.

If Brown can join Manuel, Comerford and Weitzeil as 52-second legs, though, the U.S. could actually be in business to challenge the once-untouchable Australians. The Aussies hold the world record at 3:30.05, and did that with a 54.0 leadoff (though it also took a 51.0 anchor from Cate Campell). Australia, like the U.S., is really trying to solidify its final leg after potentially losing Shayna Jack to a doping suspension. Brown’s swim might just make this a race in an event where Australia’s supremacy hasn’t even been in question since they started smashing world records in 2014.