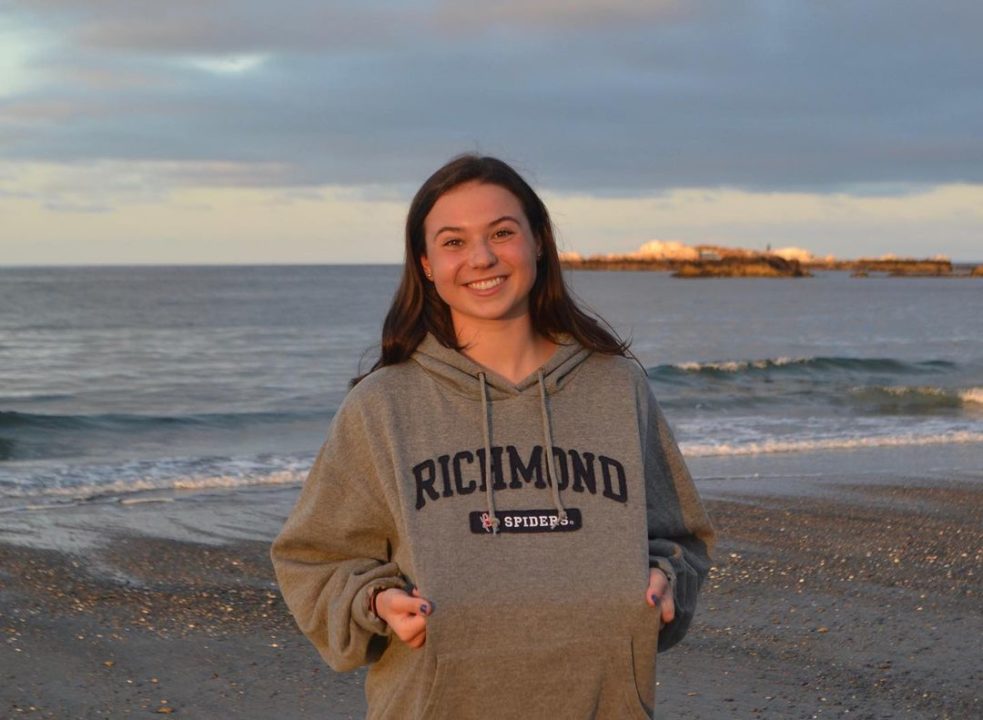 High school senior Leigh Spicer has committed to the University of Richmond. Spicer, who is scheduled to begin her college career in the fall of 2021, was originally committed to William & Mary before that school cut their program over the summer.

I am so thrilled to announce my verbal commitment to swim and study at the University of Richmond! While I was so sad to hear that the William and Mary swim team was cut, I am very appreciative of everything the coaching staff and team have done for me. I also wanted to thank everyone who was involved in my recruiting journey. Go spiders!🕷❤️

Spicer is one of many recruits who found other programs after William & Mary announced that they would cut the men’s and women’s swimming & diving teams on September 3. While both Tribe programs were eventually reinstated, so far all of the recruits who made other commitments in the interim have stuck with those other commitments.

Spicer, from Cohasset, Massachusetts, is primarily a distance freestyler. She finished 2nd at the 2020 Massachusetts Winter Girls’ State Championship meet in the 500, swimming a new best time of 5:00.51, and was also 4th in the 200 free in 1:54.98.

Spicer has only raced one meet since quarantines began to ease in Massachusetts, last weekend, and is still working her way back into form after a long period out of the water.

The Richmond women finished 4th out of 11 teams at last year’s Atlantic 10 Championships, 154.5 points behind the champions from George Washington.

The Spiders struggled big-time in the distance freestyles, scoring 0 points in both the 500 and 1650 frees. Spicer’s best time in the mile would already have been good enough for 10th at last year’s Atlantic 10 Championships, and she’s not far off scoring territory in the 500 free either.

While Richmond didn’t score at that meet, it doesn’t mean that they didn’t show the ability to develop distance swimmers. The team’s top performer in the 500, for example, was freshman Claire O’Shaughnessy, who was 18th at the conference meet in 4:59.22. Her best time coming into the season, from 2016, was a 5:09. The team didn’t actually enter any swimmers in the mile at A10s.

Also in Richmond’s class of 2021 are Christina Levins from New Jersey, a 1:03.00 breaststroker, and Carstyn Klosterman from North Carolina, a 1:59.5 backstroker.