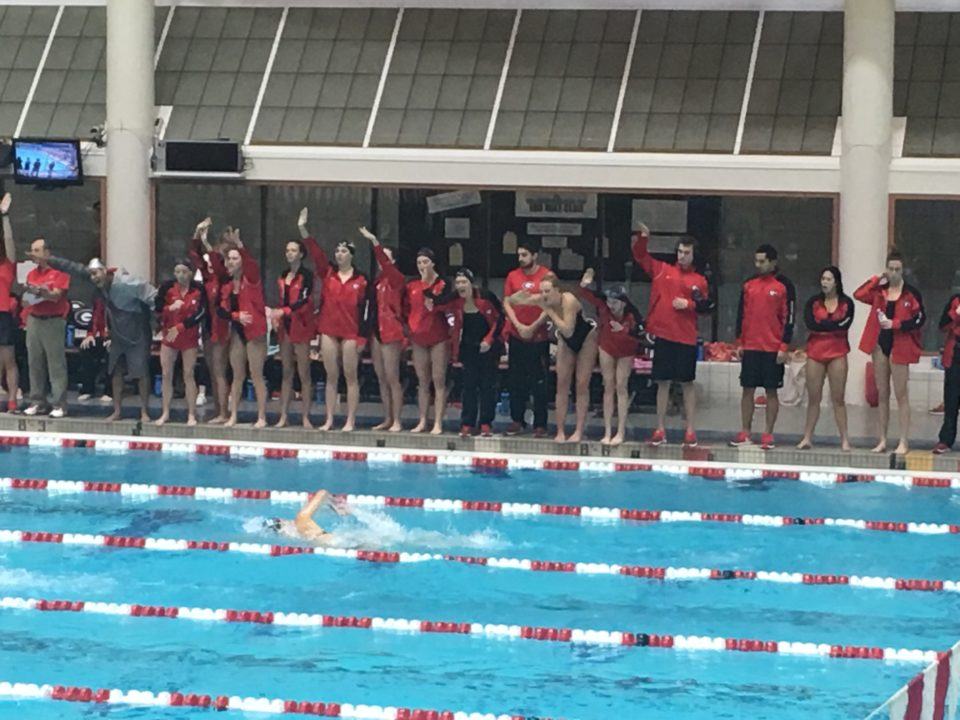 OT Qualifier in the 1,500 meter freestyle Greg Reed has given his verbal commitment to swim for the University of Georgia Bulldogs. Current photo via Eli Noblitt

Greg Reed from Roanoke, Virginia, has given his verbal commitment to swim for the University of Georgia men’s swim team as part of the Class of 2021.

Reed swims for Hidden Valley High School and the Virginia Gators Swim Club. At the 2016 Virginia 3A State Championships this past February, Reed claimed state titles in the 200 free (1:42.09) and 500 free (4:32.49). He also qualified for the Olympic Trials in the 1,500 meter free, where he competed with current Bulldogs Aidan Burns and Kevin Litherland.

Reed could be considerably faster by the time he arrives in Athens, as all of his long course best times listed above were done this past August 2016.

Reed joins Tal Davis and Camden Murphy as part of UGA men’s team Class of 2021. All three members of the class are Olympic Trials qualifiers.