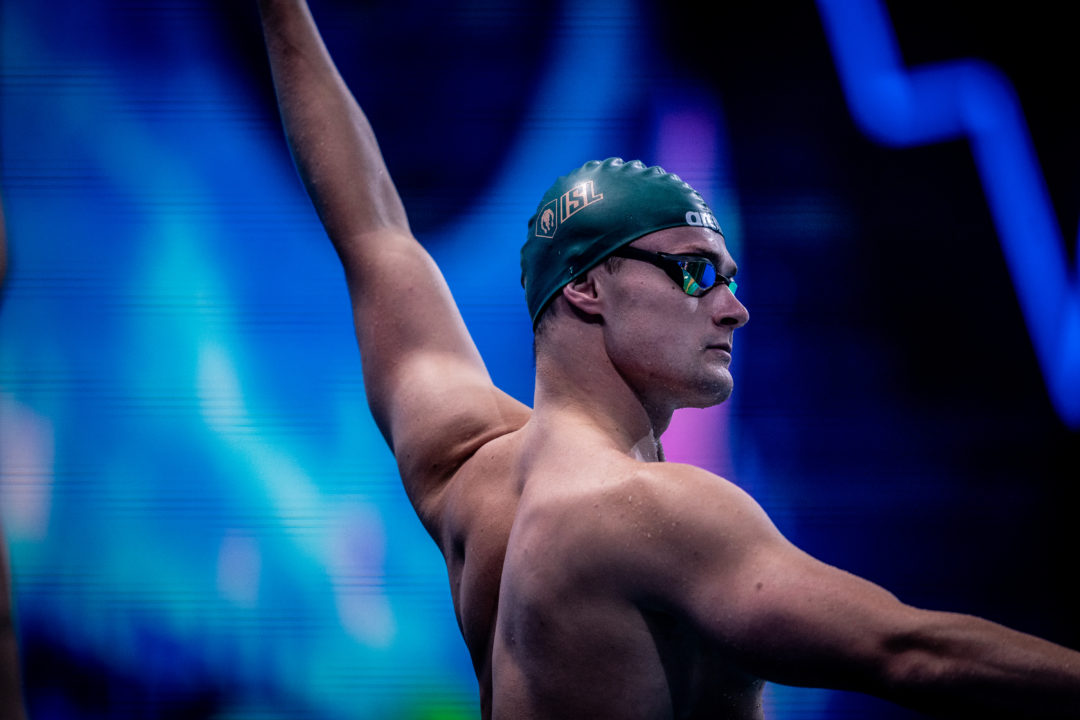 German swimmer Christian Diener took a bronze medal on Tuesday in the 200 backstroke at the World Short Course Swimming Championships, and in the process broke a new German Record. His time was 1:48.97.

The previous record of 1:49.04 was also Diener’s, set during the 2021 ISL season, and prior to that was a 1:49.14 of his that had stood since September 2014. Diener went more than 7 years between best times in the event, and has now improved twice in a month.

Earlier in his career, when he previously went a best time, Diener paced his 200 backstroke fairly aggressively, opening in a 52.55 in his 2014 record-setting swim.

He managed to better that with a much more conservative front-half (53.44), but here was able to knock another few hundredths off with a 52.79 front-half. The wide array of pacings with which he’s able to go about the same time is impressive, though with huge improvements in the last year in his 50 and 100 backstrokes, returning to the front-end speed of his early career makes sense.

At 28-years old, Diener’s late-career development has made him one of the most significant breakout performers tied directly back to the International Swimming League.

Earlier in the meet, he took a silver medal in the 50 backstroke, though he missed out on the final altogether in the 100 back (50.30).