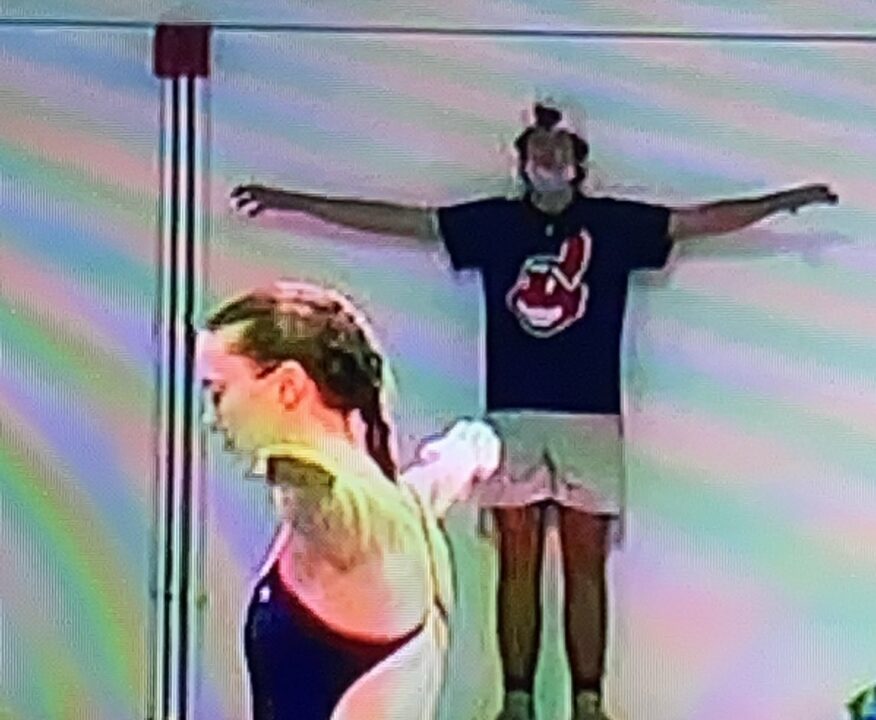 Did you catch the photo bomber that many others spotted during the 2021 U.S. Olympic Diving Trials live stream? Current photo via Twitter

During the 2021 U.S. Olympic Diving Trials, spectators and viewers at home could not help but notice someone lurking in the live stream background as divers were vying for Olympic spots. After numerous tweets spotting him, the photo bomber revealed his identity, but you can refer to him as #ChiefWahoo on Twitter.

Anyone enjoying seeing #ChiefWahoo at the Olympic diving trials on NBC? pic.twitter.com/BN6hTmC0xQ

@NBCSports @NBCOlympicTalk @NBCOlympics Thank you for making diving trials more exciting than ever with the help of the best background entertainment in Olympic history. #sendthisguytoTokyo pic.twitter.com/BzbW4IE4qi

Throughout the live stream, you can spot him in various poses for almost every dive, including planking and attempting push-ups on the bleachers. While this prankster briefly stole the show, it did not keep the attention off of the Olympic hopefuls competing over the meet.

Anyone else notice this guy knocking out a set of push-ups during the Olympic diving trials? pic.twitter.com/dOrk8LVttA

Catch up on more from diving Trials below.

I thought that was Ol. longhorn

Yeah, I saw that. Sort of funny but not really when you consider the athletes.

Let the kid have some fun. Brings some humor to a stressful time.

If I wanted to read about diving, I’d go to divedove.com

That’s got some serious younger sibling vibes to it, wonder if he’s related to any of the divers or friends with them?