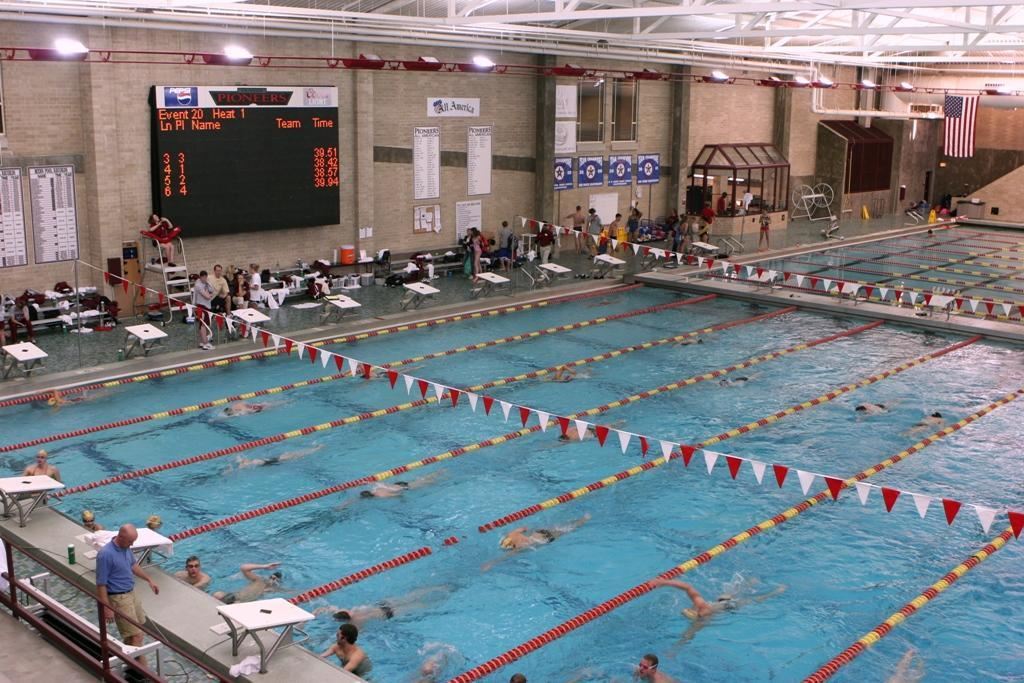 Mark Maguire has been promoted to the associate head coach role at Denver, while former swimmer Kyle Robrock has been elevated to a full time assistant. Current photo via Denver Athletics

“The continuity is important,” Hicken-Franklin said. “For me though, it was more than that. They are Pioneers through and through. They both are alums of our program. Mark grew up swimming in our pool here as an age grouper. They both live and breathe Crimson and Gold.

“On top of that, we have similar visions. We have similar ways of looking at what we are doing as coaches, and what we want to accomplish here at Denver. It was (a) really easy (decision) for me, I wanted them here.”

Maguire was hired as an assistant coach in August of 2015, focusing his coaching on the breaststrokers, the IM group and with Denver’s sprinters. The former Pioneer swimmer captained the team during his time at DU, and earned his bachelors degree in environmental science. Prior to his time as a coach at Denver, Maguire coached two and a half years with the University of Denver Hilltoppers, leading the Crimson and Silver groups which consisted of 30 young kids representing the club at local, regional and national meets.

“They both swam here, and have pretty much given their lives at this point to the program” redshirt-senior Graham Walker said. “It’s important for us to keep having those familiar faces. Having Alicia back, having Mark in the associate head coach role and Kyle being a (full time) assistant is pretty big. They (Mark and Kyle) both understand how the team has grown the last couple years, and adding Alicia’s new input, I think is going to make for a really good combination.”

Robrock was named the part-time assistant in 2017, and began his third season with the program earlier this month. Prior to joining the staff, the former CSCAA Scholar All-America selection swam four seasons with the Pioneers. In his senior year, Robrock swam in the 200 free and 400 medley relays, while also qualifying for the 50 free, 100 free and the 100 back.

“I swam with Kyle my freshman year, and he was always a great peer coach if we had any questions or concerns about anything,” senior Blair Williams said. “He could talk you into what you needed to be talked into in order to swim fast. He’s been awesome to have as a coach the past couple years. He knows his side of the technique of swimming and he knows how to race fast. Mark has been a great breaststroke and IM coach. He’s been with us all four years. He’s been the consistent part of our program.”

UP NEXT:. Denver’s men will be back in action Saturday against Air Force at 1 p.m. MT at El Pomar Natatorium. The Pioneers will honor their seniors before the meet on Saturday. This weekend, the Denver women head to Miami for the 2019 Dual-A-Pool-Ooza. The three-dual weekend will begin on Friday at 3 p.m. MT.