Michael Phelps’ Mom on How to Raise an Olympian 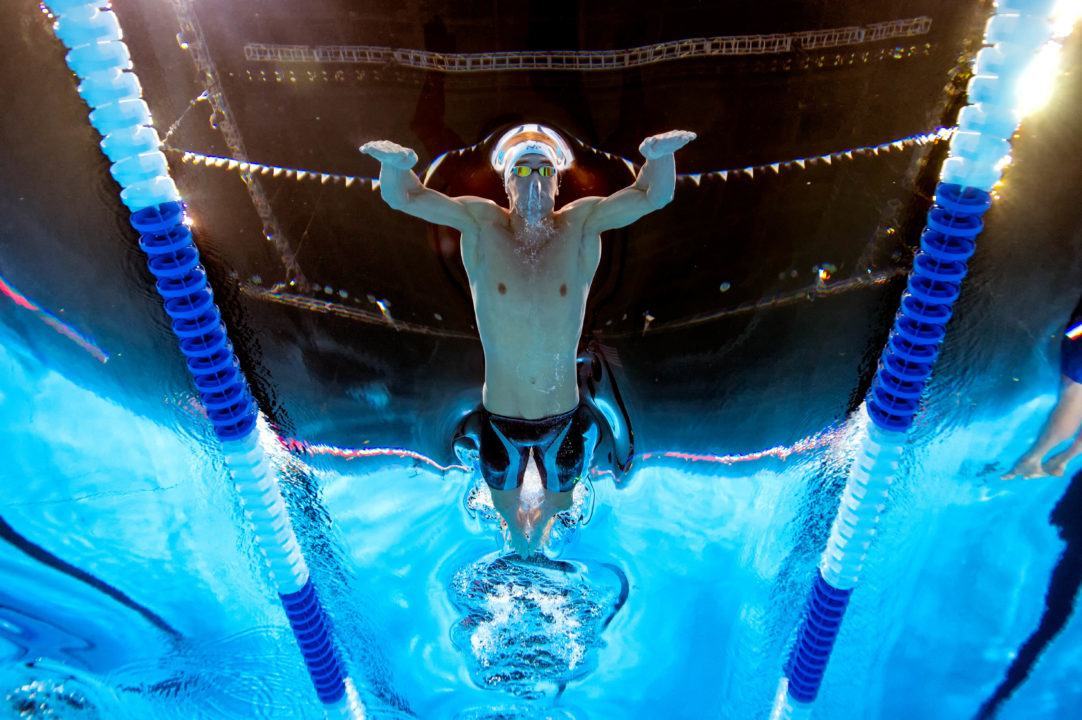 The GOAT’s mom is asked constantly for the secret to success.

We saw Debbie Phelps during all of Michael’s Olympic appearances: along with Michael’s sisters, and in with Rio his wife and son Boomer, up in the stands, watching nervously in the way that only parents watch: with white knuckles, screams and tears.

She was there the first time he broke a world record in Fukuoka, Japan, in 2001. Naturally, she was ringside for the triumph in Beijing. She was there for Michael’s “so-so” performance in London, and of course, the swan song at the Olympic Games in 2016.

Debbie Phelps raised the winningest Olympian in the history of the Games, along with his two sisters, as a single mother in Maryland. Michael, the youngest, quickly took up swimming at the North Baltimore Aquatic Club where his sisters trained. It was there that his partnership with his life-long coach Bob Bowman would form.

From very early on roles were established between coach, parent and swimmer. (Which echoes a lot of Caeleb Dressel’s parents have to say about swim parenting.)

During an interview before the Beijing Olympics, where Michael would make history winning eight gold medals (including that epic 4×100 free relay), Mama Phelps had this to say about the roles that parents, coaches and swimmers play respectively in the development of a swim career:

“To me, there’s a very fine line between the athlete, coach and parent. Everyone has their roles. If you sat here right now and told me you’d give me $200 million to recite Michael’s world fly record, I could not tell you that. Yet there are parents whose child is trying to beat my son who can spit those things out. I don’t get involved in that. I talk to Michael as a parent.”

For a moment you can imagine how many times Mama Phelps has been approached by the parents of young swimmers, eager for validation, all hoping that she has the secret to producing the greatest swimmer the planet has ever seen.

What did she do?

At what age did Michael specialize?

When did you know that he could ‘make it’?

Relax. Enjoy the process and don’t burden your child with more pressure, stress and expectations on top of the ones they are already carrying.

Although your kiddo may have posters of famous swimmers on their walls, the biggest role model in their life is still you.

“Parents just need to chill. Realize that it doesn’t help to set expectations, especially unrealistic ones. Put yourself in their shoes. Do you map things out so carefully in your own life? Such as, ‘I am going to be CEO of a company’? Does it fall out in nice little pockets? Same with kids. Their progression is not going to fall into nice little pockets. There may not be another Michael Phelps for decades, even though I have parents tell me their son is on the same track.”

I do agree parents need to chill. We have parents in our LSC who swim their 8 year olds 6 times a week – high yardage with older kids – 10 years olds who swim every day for over two hours plus dryland a couple of times a week. It really is too much. The problem is when you lose focus on technique and are constantly trying to keep up, your stroke breaks down and you develop bad form. This creates shoulder and other issues down the line. Also I have seen kids at 8-10 who are so good relative to other youngsters, however, this fades because you can’t keep up at15 if your technique is faulty. So when you… Read more »

It would be best if there were no parents ever again.

Generally speaking, good advice, but the selection bias behind this glib advice overlooks a few critical components that very few parents understand (even if they follow this advice):
1. “Coaches coach” the assumption is that everybody has access to a great swim program or coach; obviously, there are good coaches, great coaches, mediocre coaches, and downright terrible ones. How good would Phelps have been if he was with a terrible coach? When does the mother get involved to say “I’ve had enough of this, I’m moving him to a better coached program”.
2. “Parents parent” This is easy to say if you are blessed to have found the best program in your area from day one – great,… Read more »

Many parents have screwed up the combination of great genetics and great coaching.

So if parents coach, then that must mean that coaches swim and swimmers parent. I’m glad we finally cleared that up.

“No, he was great bacause of great genetics and great coaching” you forgot hard work, without which the first two don’t mean much.