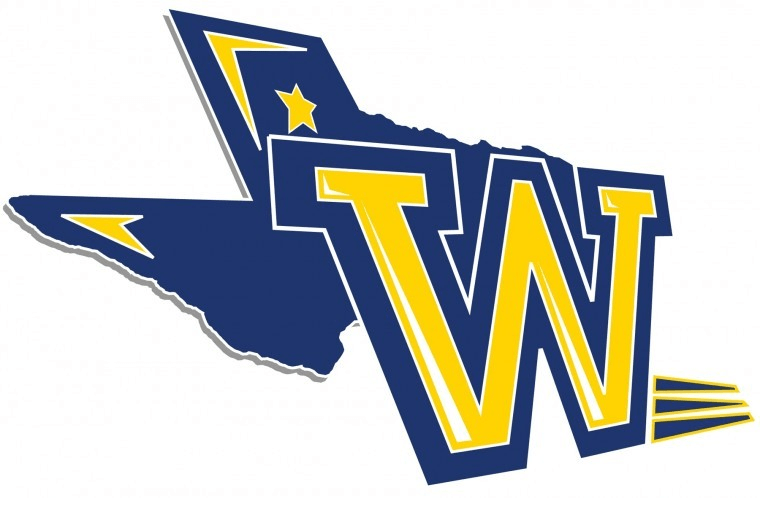 Small qualified for and competed in the 2014 FINA Short-Course World Championships in Doha, Qatar.

Deandre Small is a freshman from Bridgetown, Barbados, on the Wayland Baptist swimming and diving team. At just 18 years young, Small qualified for and competed in the 2014 FINA Short-Course World Championships in Doha, Qatar.

“This is fantastic for our program and a great individual accomplishment for Deandre,” WBU swimming and diving coach Alyson Hannan said. “It’s great to have an athlete who’s on the international scene.”

In order to compete at the world championships, Small had to meet qualifying times, which Hannan said she did at meets this past year with both Wayland and at her home in Barbados.

Qualifying for the FINA World Championships meant that Small had the opportunity to compete against the top competition in the world, which included 950 athletes from 172 countries. To put in perspective the competition Small was up against, 23 world records were broken at the event and multiple Olympic medalists, including 10 medalists from the United States, competed in Qatar.

“Deandre got to swim against some of the best in the world,” Hannan said. “There were plenty of Olympians there, so it’s pretty neat to have an athlete compete on that scale of a swim meet.”

Small reciprocated her coaches’ enthusiasm, and added that it also was special to compete for her country.

“It means a lot to me to have been able to compete at the Short-Course World Championships since I consider it to be the highest level competition I have taken part in to this date,” Small said. “I am extremely proud to represent my country at the international level and help put it on the map. I have been representing Barbados since I was 11 years old, but this is my biggest achievement thus far. Hopefully, there will be bigger ones to come with continued hard work.”

Hannan explained that Small’s time in the 100-back was a little off because of the long plane ride and that the freshman experienced extreme jet lag, having left Texas on Nov. 30 and arriving in London late on Dec. 2, then having to swim the next day.

Small flew out of Lubbock, Texas at 2:20 p.m. Central Time, switched planes in Dallas at 4:50 p.m. CT, then flew across the Atlantic Ocean to London on an eight and a half hour flight where she arrived on Dec. 1 at 7:25 a.m., Greenwich Mean Time.

After a brief layover, Small jumped on another eight-hour flight, this time to her final destination of Doha, Qatar, where she touched down at 9:45 p.m., Arabia Standard Time, or what is normally the end of lunch time for Small.

All things considered, Small thought she had a pretty good meet in Qatar.

“I went into the meet with the intentions of simply doing my best due to being ill a few days before, along with other factors,” she said. “I felt it was best not to put too much pressure on myself mentally.

“With Qatar being nine hours ahead and me only having one day to acclimatize, it very much affected my performance in my first race, which I was disappointed with.
However, I put that race behind me because there was nothing I could do to change it. I had three other races, one in which I did a personal best and the other two were milliseconds off my best. In my opinion, I did fairly well overall, although I am not content.”

Jet lag wasn’t the only speed bump in Small’s journey to Qatar. The freshman left two weeks before classes ended, meaning that she had to take all of her final exams early.

“In order to attend the meet, I had to take my finals before Nov. 26,” she said. “School became very stressful the last couple of days, but it was all worth it in the end because I would have hated to pass up such a prestigious opportunity due to not wanting to put in a bit of extra work.

“Some swimmers never get these types of opportunities and I am truly grateful to my tutors for accommodating me and to (WBU Executive Vice President and Provost) Dr. Bobby Hall for giving me permission to take my finals two weeks early.”
Having already competed on an international stage, Small was familiar with some of the athletes at the meet, including childhood friend, Alia Atkinson. Small got to witness her longtime friend make history, which she said was her best experience.

Swimming for Jamaica, Atkinson has competed in the Olympics since 2004, but that’s not what makes her so special. On the final day of the championships, Atkinson won gold in the 100m breaststroke, becoming the first black woman to win a world swimming title.

“My best experience was watching Alia receive the gold medal for her world record swim in the 100m breaststroke where she out-touched Olympic gold medalist Ruta Meilutyte,” Small said. “This means a lot to me because I knew Alia from the time I was a kid, and she is a very hard worker.

“For a swimmer from the Caribbean to achieve something so great and create
history as the first black woman to become a world champion is a very big deal for me.”

Hannan couldn’t be more proud of her freshman swimmer, who not only qualified for a high-profile competition, but had to work extremely hard to get there.

“I thought Deandre did a great job at the world championships, even on the first day when she didn’t have her best time,” Hannan said. “Deandre is a great swimmer and a great student, and she had to do a lot of hard work to get to do this. She had to finish all her class work and take her finals, and she didn’t miss a single test in any of her classes. She had to work really, really hard just to get to Qatar, so for her to swim well and see all of her hard work pay off was nice.”

Small said that she is extremely proud and grateful to have gotten the chance to represent her country and Wayland, and hopes that future WBU athletes can follow in her footsteps.

“The opportunity to be there not only representing my country, but also the Wayland swim team, was a great honor. Since (Wayland’s program) is still very young, for us to have an athlete compete (at the world championships) is a great team accomplishment, and I am sure many more from Wayland will follow.”

Swimming News is courtesy of Wayland Baptist Swimming and Diving.