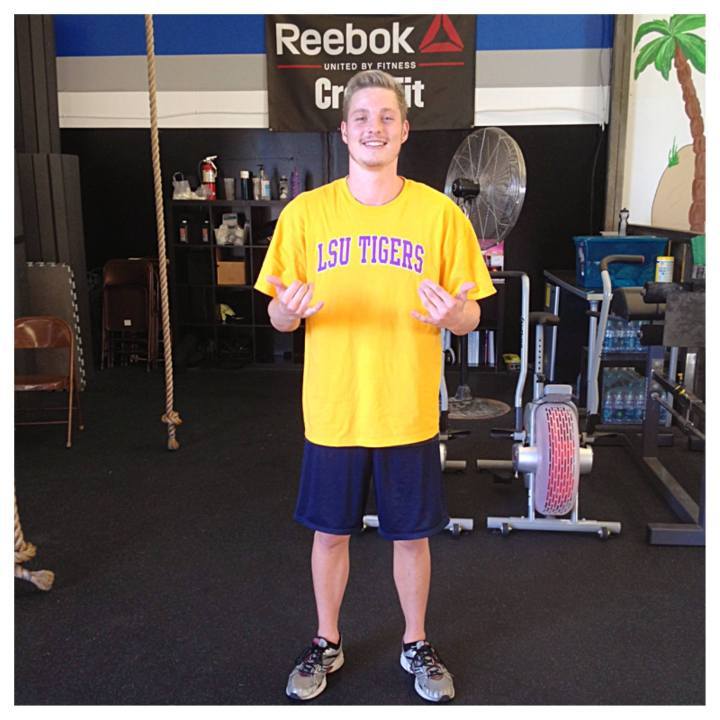 Deaf Swimming World Record holder Matthew Klotz has verbally committed to the LSU Tigers, and will join the team in the...

Deaf Swimming World Record holder Matthew Klotz has verbally committed to the LSU Tigers, and will join the team in the fall of 2015 after taking a gap year during the 2014-2015 season.

“I’m really excited to commit to such a great swimming program and can’t wait to start my next 4 years here with the great coaching staff and teammates,” Klotz said, punctuating it with a “geaux Tigers!”

Klotz’s stock has risen significantly in the last year as he’s rolled through the backstroke record books for both US Deaf Swimming and the World Record books as well. His best times:

Klotz’s times should continue to improve with the recent announcement that Scott Shea from PASA as the new head coach of the Sierra Marlins Swim Team, and LSU hopes that Klotz’s current American and World Records are just a starting point.

The Tigers’ primary concern will be how Klotz fits into their team, and the long-term outlook is positive.

Based on 2013-2014 times, two of the Tigers’ three best 100 backstrokers from last season are graduating after this year, and Klotz would have been the fourth. LSU is much deeper in the 200 backstroke, but again Klotz will immediately be in a spot to challenge for swims there.

Klotz’s progressions show that he’s on trajectory to be an even bigger contributor than that by the time he arrives in Baton Rouge. He’s dropped two seconds in the 100 yard backstroke in each of the last two seasons and at least three in the 200 yard backstroke.

Klotz was named the 2013 USA Deaf Sports Male Athlete of the Year and won a pair of gold medals in the 100 and 200 meter backstrokes at the 2013 DeafLympics in Bulgaria.

Without any scholastic competition this season, he says that his next focus meet will be Winter Juniors in December.