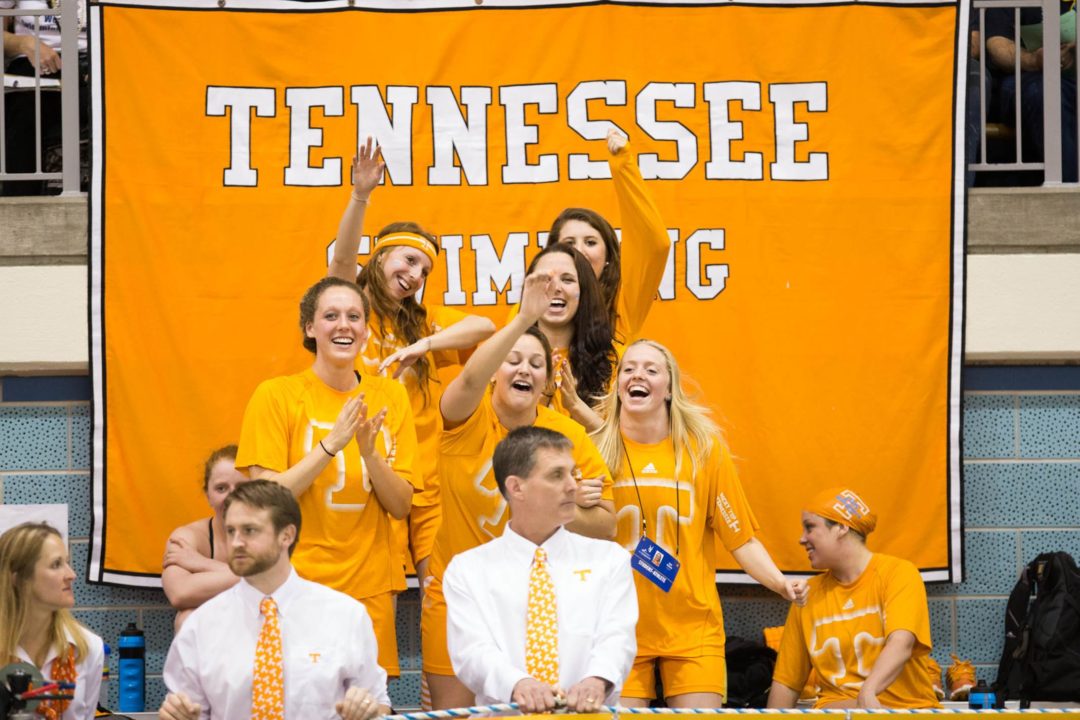 Indiana swimming and diving continues a tough early nonconference schedule this Friday as it travels to Knoxville, Tennessee to take on Tennessee and Kentucky in a double dual meet. Current photo via Tim Binning/TheSwimPictures.com

Indiana swimming and diving continues a tough early nonconference schedule this Friday as it travels to Knoxville, Tennessee to take on Tennessee and Kentucky in a double dual meet.

Action gets underway at the Jones Aquatic Center at 2 p.m. ET.

Both squads are coming off a weekend of competition against some of the best the NCAA has to offer in Michigan, Texas and Louisville. The Indiana men and women both posted 1-2 records last weekend, with victories over the Louisville Cardinals.

Brooklynn Snodgrass picked up her second Big Ten Swimmer of the Week honor of the season after lowering her NCAA-best times in the 100 back and 200 back to win both events. Snodgrass leads the nation with a 52.48 in the 100 backstroke and a 1:53.29 in the 200 backstroke. She also ranks among the top 10 in the 200 individual medley, taking second in the event at Michigan with a time of 1:59.62.

Redshirt freshman Jessica Parratto won the 3-meter springboard at Michigan with a season-best score of 313.40.

On the men’s side sophomore Michael Hixon took home his first Big Ten Diver of the Week award after sweeping the 1-meter and 3-meter against Michigan, Texas and Louisville. Hixon scored a season-best 393.30 in 1-meter competition and won the 3-meter with a score of 394.45.

Sophomore Anze Tavcar took second in the 100 free, but it was his 43.88 in the 400 free relay that is a season best and NCAA B cut. Tavcar was also fifth in the 50 free at Michigan.

Junior Tanner Kurz broke out a 53.38 to take second in the 100 breaststroke, which is also an NCAA provisional time.