Dave Finally Gets to Edit the Column 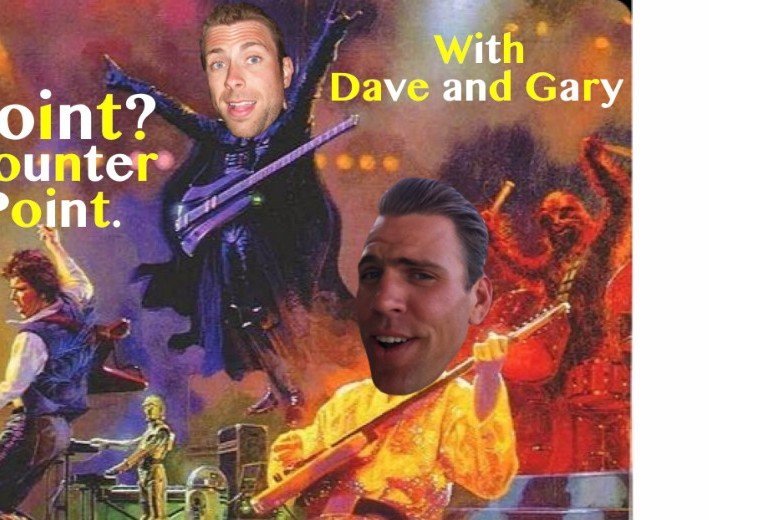 David: Hey Gary, thanks for going on vacation, I look forward to deleting all the jokes that I never understand.

I wanted to let you know that I’m on vacation for two weeks starting tomorrow and will be mostly unavailable, out of the country with very limited access to email and will only be responding to emergency marked emails.

Make edits to the pieces as you see fit.  You should have enough material to cover the time away.

David: Okay team, you heard it, I finally get my moment to shine.  At last, you will enjoy something more than our banner (yes, Gary, I did enjoy it).  So without further ado, my opus.

Gary:  David, I’ve been told we’ve got to do better.  I’ve been looking at our analytics, and our column is getting as many views as a prison cell right now.

David:  What is an analytic?

Gary:  I totally agree. There’s so much messed up stuff going on in the world today! Like cannibalism  [Redacted: Sickening] and Facebook stock.  So much good stuff to talk about. You know? Interesting stuff. It’s a crazy, mixed up world out there. People are doing crazy things. Crazy people are doing crazier things.

Right now it’s the quadrennial dull-drums for the sport of swimming with just a few rinky-dink meets going on. It’s the calm before the storm, if you will.

David: How is your FB stock doing?

But anyway, on to more entertaining things than my ensuing bankruptcy…What do you suggest?

David:  Well, okay, even though it’s swimming related, one thing I think is interesting that nobody seems to talk about, is how we all adjust to life post-swimming. I think I’ve had a moderately healthy transition over the last couple years, but I’ve certainly struggled at times.

Gary: What about Ed Moses? Have you seen the Against The Tide chronicles?

Could you, David Cromwell, make. A. Comeback?

There is still time for you to train, David. Together, we can achieve this. It’s going to be hard work. But maybe, just maybe, if we stay strong and focused, you and I can become the first pair of male synchronized swimmers in Olympic history! Will you join me?! [Redacted: What.  The hell. Is he talking about?].

David: What does my comeback have to do with Vin Diesel?

Gary:  I really don’t know. I’m kind of rolling here David, if you didn’t notice.  Bear with me.

We should make a reality TV show documentary about your comeback.

David: Anyway, like I was saying, what I think is interesting is the following: Most people said “David, stick with swimming, it will teach you life lessons. Hard work. Discipline.  Patience. Those are things that make you successful.”

Gary: Yes. I think I’ve heard that. From Triumph, The Insult Comic Dog‘s poop! [Apologies: I should have removed that one].

David:  But, I really think there’s an even split of people who carry those attributes to their post-swimming careers. For every hard-working, passionate ex-swimmer I know, there is at least one who is totally burnt out on, well, most things.

Like I said, I know I struggle at times keeping up my motivation, and also wonder whether I just had a screw loose all those days I trained.

David:  Anyway, I guess all I’m saying is that it’s interesting.

Gary.  What. The hell. Are you talking about? [Redacted: That.  Is.  My line].  There are zombies* out there, dammit! And Ed “Lover” Moses or Eddie Mo or whatever his stage name is has his own TV show. For the internet.

The world is coming to an end in some kind of zombie* staggering apocalyptic demise! The Olympic Games are coming and the world is being overrun with zombies*!

I think that all of this could be related…

This zombie* madness is all in anticipation for the Olympic Games! People are ready for the Olympics, David! I’m telling you. The doldrums are making people crazy!

David: Um…I think it’s interesting whether swimming really does set people up for success in life, is all I’m saying. I don’t know why you can’t just respond to a basic question, Gary.

Gary: That’s really deep Dave. As deep as the shallow pool you recently hit your head on?

David: I think you know what I’m getting at. I know you’ve managed to stay extremely positive about swimming.  But you also went off the radar 3/4 years of the Olympic cycle.

Gary:  If you took one of those personality tests, you’d fail.

Also, before completely giving up on your idea for this column, I’d just like to add that I made a type-o in the comment section of our last column. It’s a of result my from dyslexia.

It was a mistake. And I’d just like to make that correction.

By the way, Nick D’Arcy is as sharp as a marble.

David: Well, since you don’t care about any meaningful conversation, I might as well switch gears too.  So, on the subject of your flubs Gary, we had a question from one of our readers. ASWIMFAN asked:

“…Is the typo intentional?”

Gary: I’ll take this one Dave.

David: I know, I just told you to.

Gary: First, allow me to thank you for submitting a question. We love hearing from our readers!

Second, allow me to explain that ASWIMFAN is referencing a different, completely unrelated typo where I accidentally typed “orifice” instead of “office”.

It was a mistake. And I’d like to make that correction too.

I’ve got a lot on my mind right now.

There’s a zombie* invasion going on. And Dave and I have some serious synchronize training to do.

The Olympics are coming!

*If you are confused about Gary’s zombie references you are not alone.  Better yet, if someone understands it, could you explain it to the rest of us.  Who is this guy?

Not 100% sure what this was all about, but please continue!

David, thanks for ruining my vacation.

Sylle, please allow me to clarify; The excitement surrounding the lead-up to the Olympic Games has people acting out in crazy ways. Obviously I’m not the only one with the impulse to eat someone’s face off of their skull in some kind of cannibal zombie frenzy, due to anticipation anxiety for the Olympics. Cannibal zombie-ism is happening all over the place! Any coincidence that it’s happening right before the Olympics? I don’t think so. Forget the zombie bite! I think this is Olympic Games fervor. I can HARDLY contain myself!