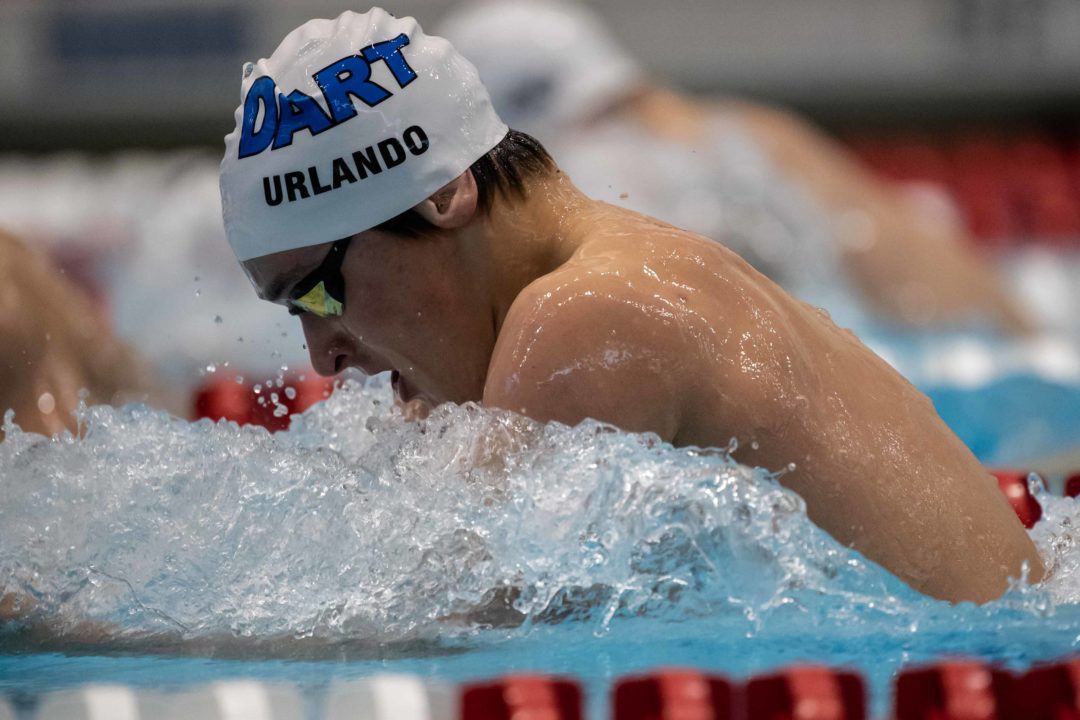 Gianluca Urlando broke a National Age Group Record to lead off the winning DART 800 free relay. That was one of 2 victories for the DART boys on day 1 of the 2019 College Station Sectionals. Archive photo via Mike Lewis/Ola Vista Photography

A new National Age Group Record in the 200 meters free on a relay leadoff from Gianluca Urlando highlighted the opening distance night at the 2019 College Station Sectionals.

Metroplex Aquatics from Dallas won the women’s 800 free relay in 8:22.01, which included a 2:02.28 leadoff split from Arizona State commit Lindsay Looney. That’s a second-and-a-half improvement over her previous best time in the event, which ranks her 9th nationally among all American 18 & unders so far this season (the top 10 18 & unders this season are, ironically, all 17 or younger).

The 2 individual events on the day were the newest 2 Olympic events, the women’s 1500 free and men’s 800 free, and 1 swimmer became among the first to hit an Olympic Trials cut in the races.

Magnolia 18-year old Kaitlynn Sims won the women’s 1500 in 16:44.54. While that swim is about 12 seconds short of her personal best, it is the first time that she’s cleared the Olympic Trials standard of 16:49.19 in the qualifying period. She’s committed to join the Michigan Wolverines in the fall.